John Moore is joined by Bob Gaskin, who is a former Marine Corps Infantryman who served his country from 1989 to 1995 and currently a Firearms instructor as well as a Survival Instructor. Bob speaks at Preparedness Expos and Seminars all over the country and is also the author of Society Ending Events: The first 180 Days.

Gaskin reveals a little of his background as well as his 100% accuracy in forecasting before dropping the bombshell that information he has been given, non-classified so it is legal for him to have it, shows the US government is “actively preparing” for economic collapse, which he explains that he uses the term ”downturn” because he prefers not to use the word collapse.

Gaskin goes over the indicators from the last 6- months that sets the stage for the “downturn.”

Then Gaskin speaks about what has been taking place that the average American isn’t aware of.

All of the above is in the first 10 minutes of the video below. 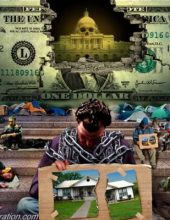