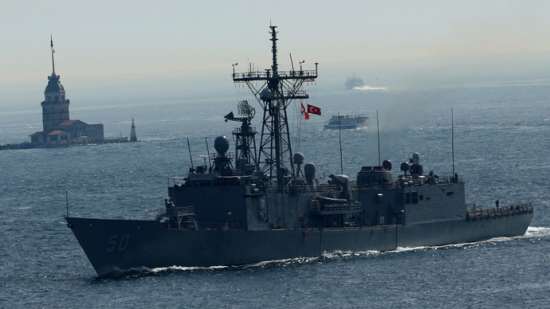 US frigate USS Taylor (FFG 50) has entered the Black Sea, according to the US Navy, as the Pentagon announces plans to dispatch some 600 troops to Poland, Lithuania, Latvia and Estonia for military exercises.

The US claims the ship’s entry is “to promote peace and stability in the region.”

“The US Navy routinely operates ships in the Black Sea consistent with the Montreux Convention and International Law. Taylor's mission is to reassure NATO allies of the US Navy's commitment to strengthen and improve interoperability while working toward mutual goals in the region,” read a US Navy statement released on Tuesday.

Russian Foreign Minister Sergey Lavrov has previously stated that the US has been violating the Montreux Convention which restricts the number of US vessels operating in the Black Sea and sets a time limit of 21 days for each one.

At the beginning of February, the USS Taylor was initially posted in the Black Sea. However, damages to the warship’s propeller assembly after running aground in the Black Sea caused a spike in tensions between the US and Russia after it caused the ship to exceed the time allotted to its stay by 11 days. 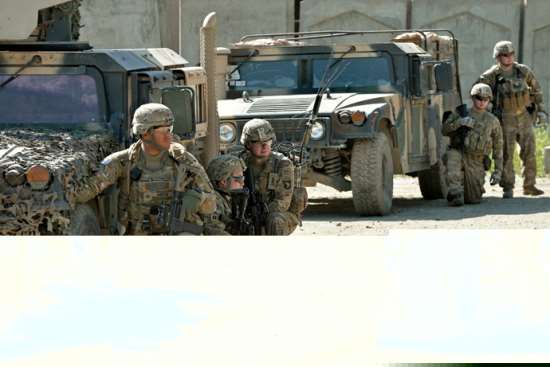 US troops heading to Baltics

The 600 troops are to be sent to Poland and the Baltic states in the coming days in order to offer support to NATO allies which have expressed concern following Crimea’s accession to Russia, the Pentagon stated on Tuesday.

Kirby pointed out that the bilateral exercises were a supplement to the standard military exercises which the countries undertake together and were because of current events in Ukraine.

“The United States takes seriously our obligations under Article 5 of the NATO alliance, even though these aren't NATO exercises,” Kirby said. “It's a very tangible representation of our commitment to our security obligations in Europe.”

Last Friday, Poland’s Defense Minister, Tomasz Siemoniak, said that this week Poland and the United States would be announcing the dispatch of ground forces to Poland take part in a two-week land-forces exercise. Some 150 soldiers from the 173rd Airborne Brigade Combat Team based in Vicenza, Italy are to begin the exercises in Wednesday after which similar exercises will follow in the Baltics.

US troops will rotate in and out of all four countries. “We’re looking at trying to keep this rotational presence persistent throughout the rest of this year,” Kirby stated, adding that exercises could potentially expand into other countries.

The measures are being taken as part of a stepped-up effort announced last week by US Defense Secretary Chuck Hagel in order to reassure NATO allied states.

Relations between Russia and the West became strained after an armed coup in February deposed President Viktor Yanukovich following months of protests. Moscow considers the events to have been orchestrated by the EU and the US and does not recognize the post-coup authorities as legitimate.