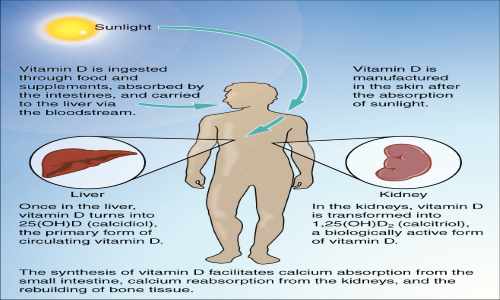 So why are they spraying chemtrails or chemical contrails which block out natural sunlight? WHY are they doing this? If the World Health Organisation were so concerned about the swine flu pandemic they would be aware that natural sunlight is a very good source for the body to make vitamin D and would be concerned about the artificial cloud covering which is being created by aircraft now worldwide.  The heavy chemtrail spraying in my area showing blue skies turn a hazy white blocking out the sun for the rest of the day. I know from users who contact me that there is a 24/7 campaign of chemical spraying in the atmosphere in the USA. From my research I found that chemicals could be added to aviation fuel.

DEFRA says chemicals added to aviation fuel can be a cost effective way to spray a so-called protective screen as to block out the suns rays and reduce global warming. ( This however would have an opposite effect. Please look up Global Dimming and the Hydrological Cycle on Google. ) BUT, is this really about protecting the earth or is it about stopping you receiving natural sunlight and making vitamin D?

Vitamin D is important for helping the immune system fight the flu virus. One reason why the flu may be more contagious in the winter time is because of the lack of sunlight. The lack of sunlight prevents our skin from producing sufficient levels of vitamin D. There is now documented evidence about the roles of solar ultraviolet-B radiation and vitamin D in reducing case-fatality rates from the 1918-1918 influenza Pandemic in EU.

Epidemic influenza kills a million people in the world every year by causing pneumonia, “the captain of the men of death.” These epidemics are often explosive; the word influenza comes from Italian (Medieval Latin ?nfluentia) or influence, because of the belief that the sudden and abrupt epidemics were due to the influence of some extraterrestrial force. One seventeenth century observer described it well when he wrote, “suddenly a Distemper arose, as if sent by some blast from the stars, which laid hold on very many together: that in some towns, in the space of a week, above a thousand people fell sick together.”

I quote: There are two mechanisms whereby vitamin D can reduce the risk of death once the pandemic influenza virus infection took hold: reduced production of pro-inflammatory cytokines and reduced risk of bacterial pneumonia.

The type of vitamin D which can fight viruses can ONLY be made from natural sunlight. It is known as D3, which is made from sunlight when 7-dehydrocholesterol in our skin reacts with UV light.

In the paper, we propose that vitamin D explains the following 14 observations:

1. Why the flu predictably occurs in the months following the winter solstice, when vitamin D levels are at their lowest,

2. Why it disappears in the months following the summer solstice,

3. Why influenza is more common in the tropics during the rainy season,

5. Why the incidence of influenza is inversely correlated with outdoor temperatures,

6. Why children exposed to sunlight are less likely to get colds,

9. Why Russian scientists found that volunteers, deliberately infected with a weakened flu virus – first in the summer and then again in the winter – show significantly different clinical courses in the different seasons,

10. Why the elderly who live in countries with high vitamin D consumption, like Norway, are less likely to die in the winter,

11. Why children with vitamin D deficiency and rickets suffer from frequent respiratory infections,

12. Why an observant physician (Rehman), who gave high doses of vitamin D to children who were constantly sick from colds and the flu, found the treated children were suddenly free from infection,

13. Why the elderly are so much more likely to die from heart attacks in the winter rather than in the summer,

14. Why African Americans, with their low vitamin D blood levels, are more likely to die from influenza and pneumonia than Whites are.

Four years ago, I became convinced that vitamin D was unique in the vitamin world by virtue of three facts. First, it’s the only known precursor of a potent steroid hormone, calcitriol, or activated vitamin D. Most other vitamins are antioxidants or co-factors in enzyme reactions. Activated vitamin D – like all steroid hormones – damasks the genome, turning protein production on and off, as your body requires. That is, vitamin D regulates genetic expression in hundreds of tissues throughout your body. This means it has as many potential mechanisms of action as genes it damasks.

Second, vitamin D does not exist in appreciable quantities in normal human diets. True, you can get several thousand units in a day if you feast on sardines for breakfast, herring for lunch and salmon for dinner. The only people who ever regularly consumed that much fish are peoples, like the Inuit, who live at the extremes of latitude. The milk Americans depend on for their vitamin D contains no naturally occurring vitamin D; instead, the U.S. government requires fortified milk to be supplemented with vitamin D, but only with what we now know to be a paltry 100 units per eight-ounce glass.

The vitamin D steroid hormone system has always had its origins in the skin, not in the mouth. Until quite recently, when dermatologists and governments began warning us about the dangers of sunlight, humans made enormous quantities of vitamin D where humans have always made it, where naked skin meets the ultraviolet B radiation of sunlight. We just cannot get adequate amounts of vitamin D from our diet. If we don’t expose ourselves to ultraviolet light, we must get vitamin D from dietary supplements. 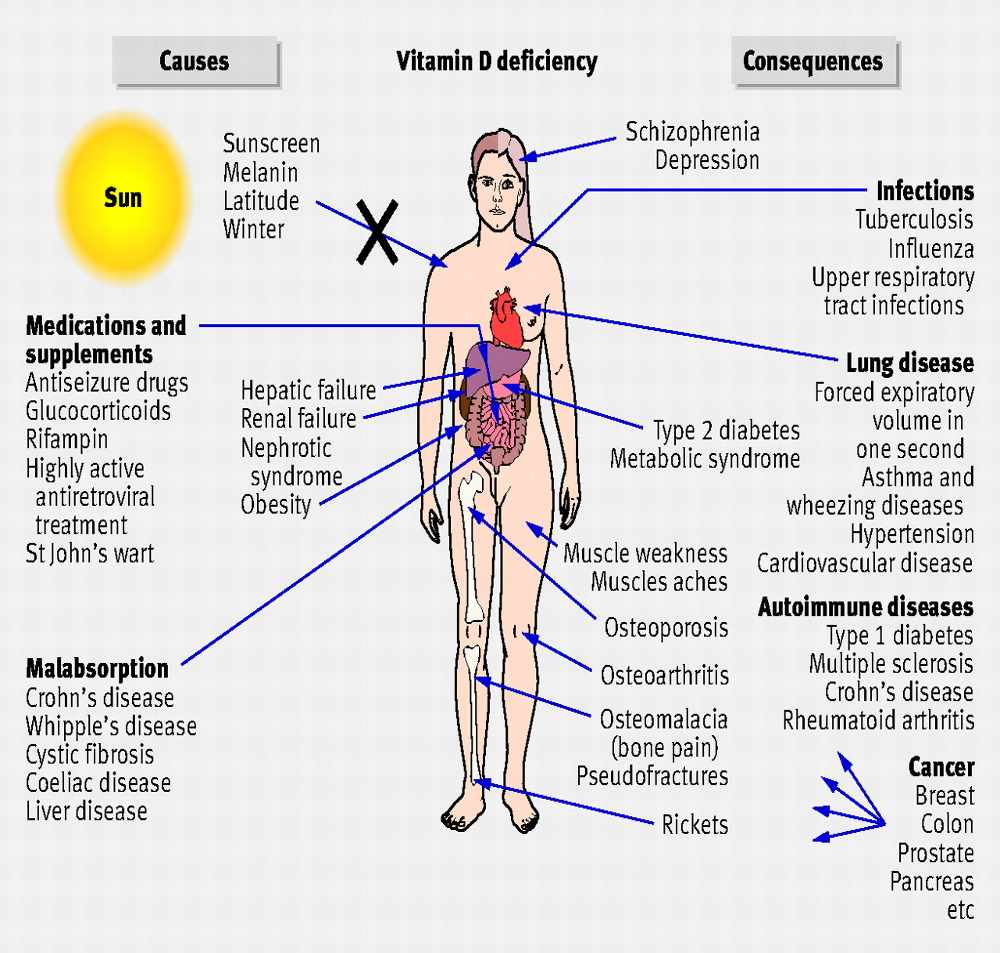 I quote: It is then twice activated in the liver and kidney to make 1,25-dihydroxyvitamin D. This attaches to receptors on genes that control their expression, which turn protein production on or off. Vitamin D regulates the expression of more than 1,000 genes throughout the body. They include genes in macrophages, cells in the immune system that, among other things, ATTACK AND DESTROY VIRUSES.

A report in The Washington Post on August 3rd 2009 says:
Millions of Children In U.S. are Found to Be Lacking Vitamin D-
http://www.washingtonpost.com/wp-dyn/…

There are articles documenting that exposure to ultraviolet (UV) radiation in sunlight before immunization suppresses systemic as well as local immune responses- http://www.ncbi.nlm.nih.gov/pubmed/19…

Which mean the vaccination doesnt work so well as a unsuppressed immune response is needed to build up anti-bodies and immunity to that particular vaccine. So another reason to block out the natural sunlight.

If our governments were so concerned about the swine flu surely they would put a stop to these climate change experiments which blocks out everyones natural sunlight. The fact that they or the media will not even report on the chemtrails happening above us only leads me to be more suspicious of what the chemical spraying is really about.

Chemtrail weapon now discovered–the light frequency needed for Vitamin D production blocked by aluminum. The source of many disease is this intentional or not sickening of world population by deflection of essential energy waves. The controllers are killing their own. Accident or fate. You decide 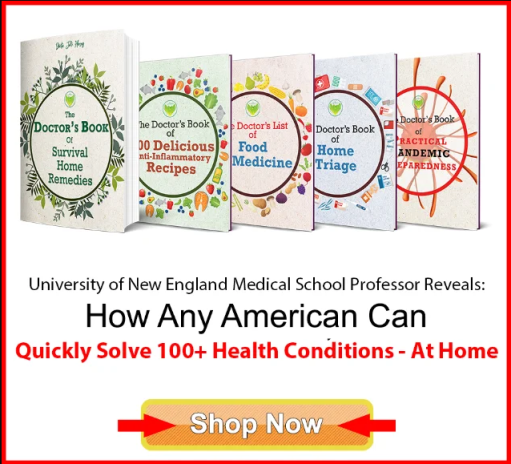 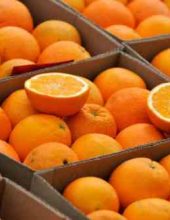 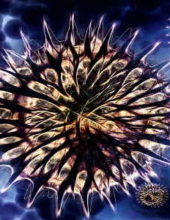 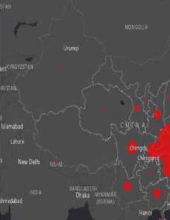