WARNING – MANDATORY EVACUATIONS IN TEXAS AND LOUISIANA FOR HURRICANE HARVEY 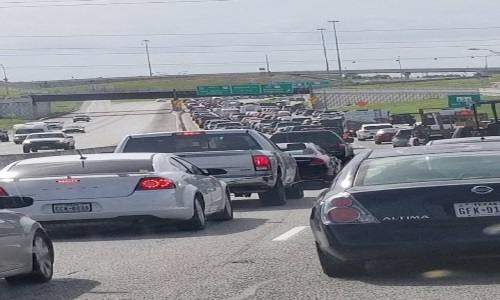 This is a photo of I-37 heading north OUT of Corpus Christi, TX from Thursday afternoon; people are heeding the warnings to LEAVE before the storm arrives. Below are MANDATORY EVACUATION ORDERS issued by various governments.

Understand that even though it is called "Mandatory" people are not forced to evacuate if they choose to remain on their property.  In such a situation, such persons are told that if they change their mind during the storm, and call for help to try to get out, NO HELP WILL BE SENT.  That's the price  free people pay when they ignore evacuations.

On Thursday evening, a NEW STORM TRACK was revealed, showing the Hurricane will make landfall, STALL and dump up to FIVE FEET OF RAIN around Houston, TX, then make a U-Turn and head back into the Gulf of Mexico and on toward Louisiana!  Here are those computer models:

Hurricane Harvey continues to strengthen over the warm waters of the northwestern Gulf of Mexico.  As of late Thursday evening, the storm had become a Category Two Hurricane, but is expected to reach Category three (or FOUR) by morning.

Here is a radar image: 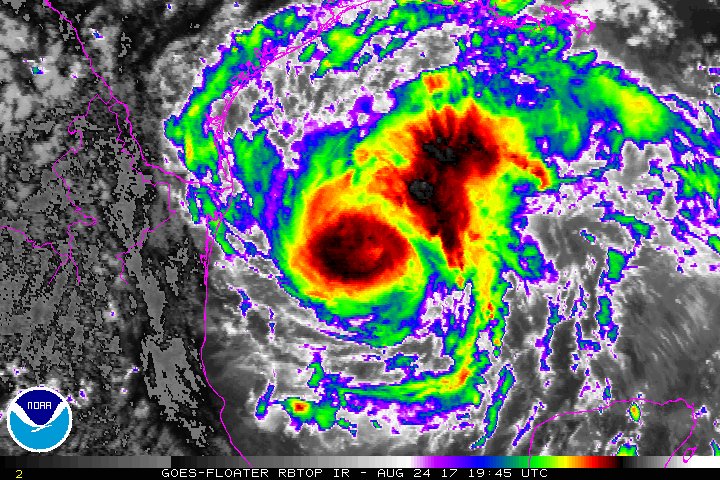 As of early Friday morning, Hurricane Harvey has a central Barometric pressure of 966 millibars (mb) and falling.  Here's what that means:

Data is from the Hurricane FAQ posted by the U.S. Atlantic Oceanographic and Meteorological Laboratory in Miami, Florida. 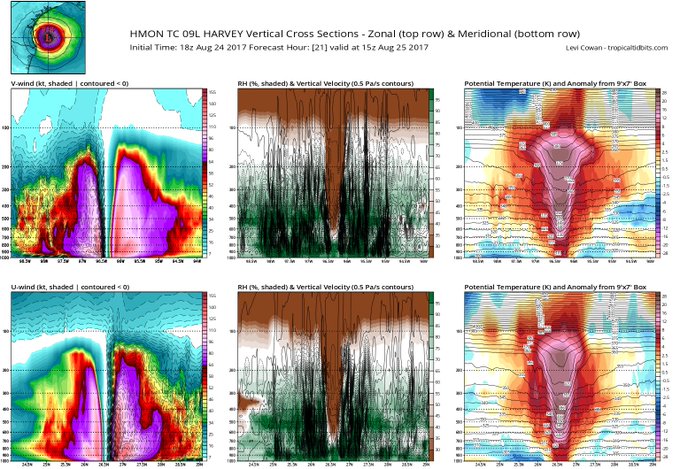 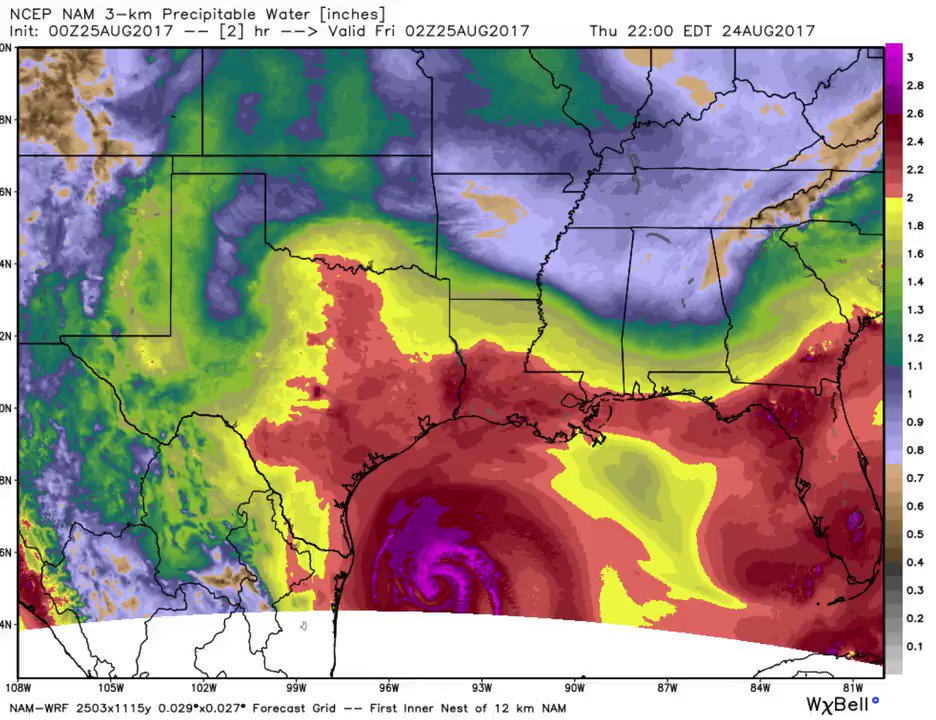 Exceptionally high precipitable water values will be carried into the Texas Coastal Plain by Harvey, setting up llife threatening flooding