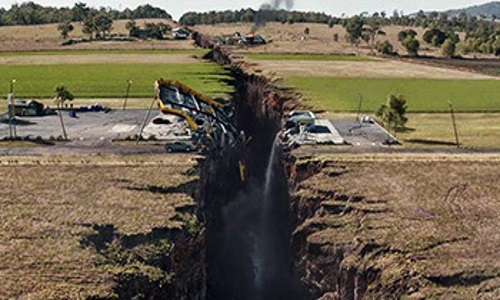 An earthquake happening at least 2 weeks after the eclipse based on my research. Im not for sure this is going to happen but it could so here is the warning.
At the first and third quarter, the Sun and Moon are at right angles, their tidal forces counteract each other, and the tidal range is smaller than average.[7] Tidal variation can also be measured in the earth's crust, and this may affect the frequency of earthquakes.
Massive Earth Quakes Research and their Correlations to Astronomical Bodies By Shane Nelson.
Method of observation: Stellarium software.
References: Massive Earthquakes Wikipedia, Google Maps.

Note to reader, the phase of the Moon during the earthquake is not as important as the 2 weeks leading up to the Earthquake that shows a pattern in astronomical body alignments especially that of the Moon.

March 27, 1964 Prince William Sound, Alaska, United States Mercury in very close alignment with the sun through March 10th through the 17th Side note Mars, Mercury and the Moon in close proximity alignment to Sun on March 13th. March 27th Phase of the moon (Full Moon) day of the earthquake.

November 4, 1952 Kamchatka, Russian SFSR, Soviet Union. Phase of moon during earthquake (96% illuminated (Full Moon) Nothing else significant during the two weeks prior to earthquake.

January 31, 1906 Ecuador – Colombia. On Jan 24th the Moon was nearly in partial eclipse with the sun 7 days before earthquake No other close alignments evident. Phase of the moon during earth quake (44% illuminated to first quarter)

USA New Madrid Fault quake:on December 16, 1811, a magnitude of 8.1 on the Richter scale. The day before the quake Dec 15th the moon was in close proximity to the sun in total conjunction. phase of the moon during earthquake (Conjunction new moon) Venus, Mercury and Saturn were marginally close to one another two weeks before and leading up to the quake they were closest to the sun with the moon the day before.

Haiti January 12, 2010 Day of the earthquake Venus is in very close proximity to the sun. Venus stayed close to the earthquake two week prior leading up to the quake Phase of moon during quake (6% Waning crescent)

Possible future Earthquake USA. Complete Solar Eclipse August 21st two weeks after eclipse, Mars enters the area where the eclipse was at September 4th 2017 in its corresponding constellation of Judah at Regulus. Phase of the moon on sep 4th is a full Moon. This happens exactly two weeks after the solar eclips. I'm only speculating here but I suspect if we are going to have an earthquake in the US it will happen within a two week period between the dates of August 21st and Sep 4th based on my previous research of astronomical bodies and their relations to earthquakes. Where are the other astronomical bodies during this time

Light is removed Aug 21. Sep 4th Mars hits where eclipse happened in Leo creates a lasting impression of negativity That will be remembered. Mercury in Leo: All will have a short attention span and be fired up. Things can melt in fire and government in distress. Jupiter in Ophiuchus is double fold something restricted or restrained. Uranus in Pisces individuality will be scoffed at. Venus in Cancer: Love grows stronger during this time. Jupiter in Virgo: people who are steadfast in the lord will find strength and endure hardships. Neptune being poured out by aquarius: Mass Confusion is poured out as well as prophetic dreams and the fact that the full moon is in aquarius signifies a full measure will be poured out. With all that said, Uranus in Pisces and Neptune and the moon in Aquarius could mean tsunamis. 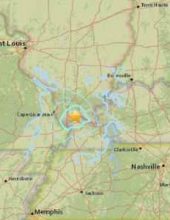