Warning Signs of Anarchy – Do You See it Coming? 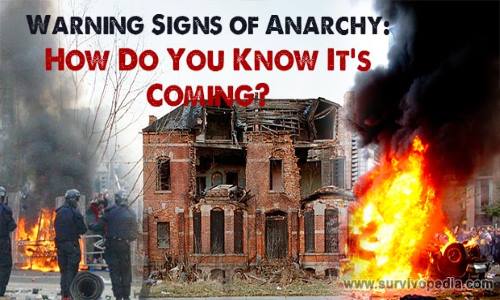 The word “anarchy” dredges up images of third-world countries, overrun by rival warlords battling for control. Yet anarchy can mean a number of different things. By definition, civil war is a form of anarchy; because any society in anarchy is one in which the government has lost control. It can manifest in lawlessness of many types, even without a total collapse of the government.

For governments to function, they must be able to control the society. Whether this is through fear tactics and bullying or through a just system of laws and authority, the government must be able to predict what the members of society are going to do, as well as direct their energies into productive directions. To the degree that they lose that ability, anarchy has set in.

The American Revolution was a time of anarchy. Our brave forefathers broke off from British rule and established what later became the United States of America. Britain reacted to this by sending military units to put down the rebellion. For a time, neither side had full control, leaving the people to govern themselves until the revolutionaries won their freedom.

How Do You Know When it Starts?

When we see a number of these signs happening at the same time, we can be sure that a country is on the road to anarchy, even though they might not be on the brink of revolution or of a complete breakdown of society.

Anarchy doesn’t necessarily start at a particular point in time. Often, a society slides into anarchy as government gradually loses control. The government might technically be in place and operating, but they are ignored by the vast majority of the population. As this increases and government influence decreases, others step in and try to take control.

While any one of these things can be a harbinger of anarchy, the greatest danger is when you see a combination of them working together. The more signs off of this page that are going on at the same time, the closer a society is to falling into anarchy.

If you have seen any of those signs advancing in our society, speak up you mind using the comment form below!

And find out more about surviving when society breaks down on Conquering the Coming Collapse. 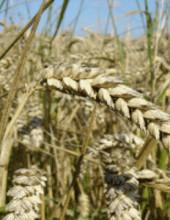