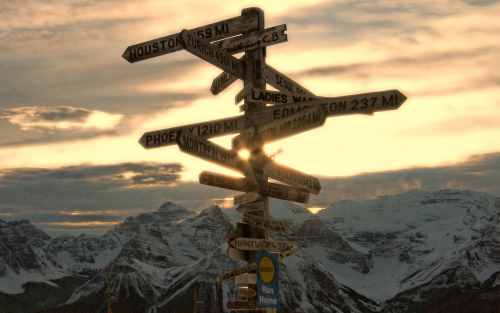 What are you afraid of? These are the words that I hear often from friends, strangers and the media. What was once normal has become “absurd” and self-reliance is now seen as “fringe” behavior that either needs to be legislated out of existence or shunned in public. In some cases prepping is a sign of radicalism that needs to be viewed as potentially deviant social behavior.

There are many reasons to prepare and the motivating factors behind each individual’s decision process change with the event or scenario you are preparing or “prepping” for. There are those who are planning for an EMP attack that would wipe out all or part of our electric grid, others for a global pandemic or a currency collapse. Some families are preparing for more organic threats like hurricanes or snow storms or even something as relatively normal as the loss of a job. Regardless of the reason, the logic behind preparing is sound. Maybe some of the scenarios to prepare for are a little far-fetched in terms of probability – but the main goal, to be prepared to take care of yourself and your family – is valid, logical and in this day and age rare. When did it become crazy to want to be able to protect and care for your family if something bad happens?

As I write this the world appears to be not so slowly trudging toward events that could dramatically affect our lives for generations. Our world economy is in shambles and the pieces are lying in a pile on the edge of a metaphorical cliff while the “experts” speak of recovery. Governments are seizing power and reducing liberties in the name of safety. Our health is in jeopardy with viruses, genetically modified food and resistant bacteria. How could anyone not be at least a little concerned with what the future holds or think from time to time about where we are headed? I believe that each person has a gut instinct or an awareness of what is happening around them. Some are more in tune with this awareness and others are choosing to block it out entirely.

For me, this awareness for lack of a better word started to become more prominent around 2008. There was no event that triggered any type of awakening but a lifetime (still relatively short) of seeing events in my life certainly influenced me. My personal history didn’t have anything catastrophic in it, but I was aware of tragedies – even just natural occurrences that ripped lives apart. I wasn’t concerned in the least about Y2K, but I did hold my breath just for a second at midnight on Jan 1, 2000. Earthquakes, Tornadoes and Hurricanes are easy to ignore if you don’t live in areas prone to that type of calamity but it does make you wonder. Ice storms and floods seem to cause similar havoc so you can understand in most cases the perspective of someone you know who has been affected by some type of event that disrupted their lives completely.

What if a hurricane Katrina type of event happened where I live? What if an ice storm cut power to our house for three weeks? What if I lost my job? What if there was a gas-shortage or a trucking strike and I couldn’t get food from the grocery store? What if my bank closed and all of my money was tied up and unavailable to me?

When I started to think about things in this way as the “What if?” type of scenario I looked around at my own personal situation and realized just how in trouble we would be if anything like this happened. We had no spare cash. Our food in the pantry would probably last a week if we were lucky and in the end it wouldn’t be the best meals we could think of. Spaghetti sauce and Black olives anyone? We didn’t have any backup power, no backup heat, and no stored water. We did have a gas fireplace, but what if the gas went out or the lines were broken? We routinely ran our tanks in the cars down to E and we didn’t have any money on hand not to mention our savings weren’t really that significant either. Loss of a job would quickly get us in a bind.

So I started doing research and beginning to list all of the things I would need to be completely prepared for whatever happened. I started reading blogs and books from one side of the spectrum to the other. From people who discussed growing a few tomato plants to full on bomb shelter plans with castles and moats (my own personal favorite). There is so much information and opinion out there to digest. Like others, I started to buy a little more food and water, obtain firearms and make plans for how to protect my family just in case something happened. We have come a long way since 2009 but we have a ton more that we need to do. Nobody can prepare for everything but covering as many of the bases as possible will help you out more than it hurts. 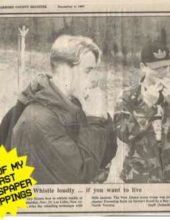 My most popular question – ANSWERED! – And, how a CROW changed my life. 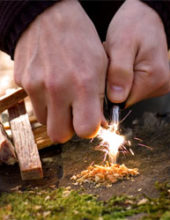 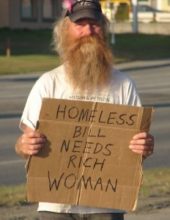