What Would Happen if Martial Law Were Declared in America? 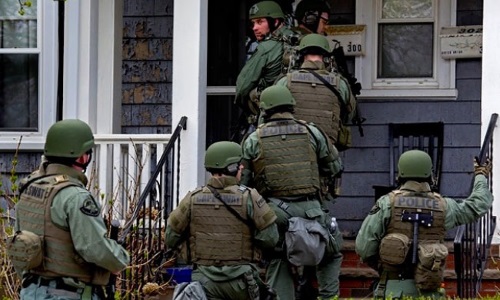 The government won't be taken over by the military, but here's what it would look like if it did.

The US government is never going to be overthrown, right? People don't even think about forcibly removing the president from office the way the leaders of some other countries have been deposed over the years. Well, some bankers did talk about removing FDR at the height of the Great Depression, but that plot didn't get very far.

But imagine a crazy America, one where the new president, a notoriously temperamental and dishonest oligarch, had just won a squeaker of a victory after an election that amounted to a year and a half of bitter struggle for the entire country. This president faces fights from a media he loathes and regularly attacks, his government's own intelligence agencies, a mass protest movement, an opposition that questions his legitimacy, and members of his own party who strongly disagree with him on some issues.

Meanwhile, this president has broken precedent by appointing several former generals to help run the government. One of these generals is almost universallysupported by the same media outlets who oppose the new president. Add this all up—the unpopularity, the unrest, the generals, the feuding with the deep state—and if it were any other country, you'd normally ask if there was a coup on its way.

Experts who study coups don't think one is in the cards for the US. Natasha Ezrow, a senior lecturer on government at the UK's University of Essex and a commentator on authoritarianism, emphasized that "a coup is completely unlikely." Tom Ginsburg, a scholar of coups and professor of law at the University of Chicago, felt the same way as Ezrow—he published a paper to that effect earlier this month. But, he added, "We're at this moment where it's very good to be considering these things."

Bearing in mind that a coup is not about to happen, Ezrow and Ginsburg helped me game out this crazy hypothetical. So here's how a coup would go:

Step 1: Everyone Opposes the President

Joseph Wright, associate professor of political science at Pennsylvania State University, found the whole concept too insane to even discuss in depth. For the seeds of a coup to even exist, it would have to seem like it was universally regarded as possible and a good idea, he explained, and in Washington, DC, a coup d'etat is not on anyone's list of things that are possible. His point highlights the incredibly rare and specific circumstances that might lead to a coup even making sense in the United States.

"The only type of coup that I foresee happening in the US," Ezrow told me, "is something that would take place behind-the-scenes with key members of the military and key Republican elites agreeing that Trump would need to step down, resulting in Trump resigning." By her reasoning, the military would be the force behind the coup, but they would immediately hand power over to Vice President Mike Pence, or—if Pence remains loyal to his boss—House Speaker Paul Ryan.

But what if they asked Trump nicely to step down, and he didn't want to?

Step 2: Every Other Option Has Been Exhausted

Congress, now allied with the military in this hypothetical, would still have other tools at its disposal, like impeachment—which is slow and unreliable—or a declaration that the president is unfit to carry out his duties under the 25th Amendment. The coup would have to seem like a better option than these. For that to be the case, the president would have to have signaled that he wouldn't step down, even if asked to resign.

Now presumably, Trump could be forced to leave without a coup taking place. After all, the Secret Service would presumably side with the military if Trump were unpopular enough to create all these rumblings of dissent. Trump would need to surround himself with a loyal presidential guard entirely under private control. (As it happens, during the transition, Trump did just that.)

"If you had the military and the Congress together they could do pretty much anything they wanted to," Ginsburg told me. But once a careful plan for overthrowing the president existed, he suggested that the plotters would still need a global-level emergency to justify the suspension of democracy.

Trump would have to do something that threatened humanity to catalyze an uprising. "Nuclear war with China or something," Ginsburg suggested. Basically, Trump would have to start a world war that no one wanted. The coup—if it's going to succeed—would likely be an attempt to demonstrate to the world that this isn't our guy anymore.

This means that those who carry out the coup make a big public show of being more reasonable and logical than Trump. They would have to represent stability and order, because the whole thing would make Americans very, very nervous.

Step 4: The Coup Plotters Make Their Pitch to America

Ginsburg said coup leaders generally promise—at least at first—a speedy return to democracy. "There's such veneration for the Constitution," he told me, that whatever general was the face of the coup would have to tell the American people, "We're just a temporary regime, here to set things right again." Coups in other countries often suspend, or rewrite constitutions, but a leader who advocated suspending America's "would generate a huge backlash," Ginsburg told me.

"The day a coup is announced, the coup plotters first have to gain control over the means of communication and communicate clearly over the radio and TV that a coup has taken place," according to Ezrow.

As the idea of the coup solidifies in the minds of the American people, there may be media suppression, with the military scrutinizing communication in more obvious ways than usual, and maybe making its presence known on the internet—but probably not shutting the internet down. According to Ginsburg, "it can be your friend, of course, because you can figure out who's your antagonist by monitoring the traffic." In either case, he told me, if you're a coup plotter, you want to know and control what people are saying in order to "prevent the media from really mobilizing people against you."

So far, we've been talking about an operation with popular support (remember, the president has completely flipped his lid). But regime change would never really be that tidy, and a lot of people would perceive the coup as being a power grab—which it would be, of course. Some people might oppose a coup because coups are bad, while others would remain loyal to the president out of a love for him personally. "In coups where there is some instability and violence, there can be trials and execution of cronies and associates," according to Ezrow.

According to Ginsburg, the military needs to win over the justice system at all possible levels. "Some federal judge somewhere could decide on a habeas petition that the president should be released from jail, and then you'd have your competition again." On top of that, he pointed out, "there are tens of thousands of police departments, which have the authority to use force, and 50 different state governments, which have to authorize them to do so."

As long as the courts back the coup, any Trump supporters who take to the streets and exercise a very literal interpretation of their Second Amendment rights—to form a militia and fight government tyranny—don't stand much of a chance. The federal government is usually hesitant to use force against armed groups like the Bundys, but those groups never pose an existential threat to the dominant regime. "If it were really a high-stakes situation where they thought their regime was at risk, they would've been toast," Ginsburg said.

In this case, Trump may be rich enough to hire mercenaries to fight for him, and his support among the members of military indicates that he'll have some trained soldiers willing to join any anti-coup effort. But if the country's top brass is united against Trump, his fighting force, whoever it is made of, would eventually have to surrender.

"If the leader clings to power, they are usually killed," Ezrow told me. "Unless an assassination has taken place, there is usually an ultimatum allowing the leader to vacate and live a life in exile, if they are willing to step down peacefully."

Ginsberg begs to differ about exile: "When you're doing a coup, you want to definitely isolate the leader, and you want to presumably have him under your control. I don't think there'd be any reason to exile him in the United States." Instead, he told me, if the president were still alive, "You'd have to somehow charge him with some crimes and lock him up."

Step 7: The New Regime Tries to Rule the Country

According to Ezrow's research, North and South America have seen 145 coups, and they've had a 48.3 percent success rate. Most continents' success rates also hover around 50 percent, except for Europe, where only 33.3 percent have worked out for the coup plotters. "A coup in a country that has never had a coup before could result in a lot of instability and protest against the coup plotters," she said.

If it's successful, she told me, a functioning government will materialize, but it "usually takes several weeks."

Those several weeks of chaos, plus the shocking sight of a president being exiled or imprisoned or killed in combat, plus the crackdowns on communication, plus the break with two centuries of peaceful transfers of power, plus the on-the-ground conflicts between coup supporters and those who oppose it, would all be disastrous for the country, probably even worse than anything a president could do. Good thing none of this will happen! 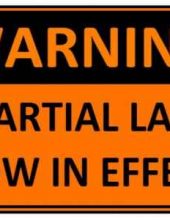 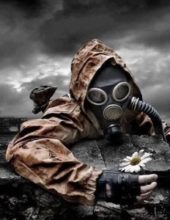 When The Elite Of The World Start Preparing For Doomsday, That Is A Very Troubling Sign