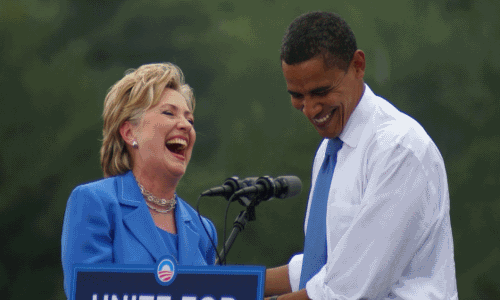 In case you weren’t aware – and you’d have to be living under a rock not to know – our country is under siege, by terrorists from afar and by political opportunists here at home.

For many people who remember the tumultuous 1960s and for those who have studied those trying times, today’s unrest seems to be much worse. That may because in addition to the fomenting of societal and political strife, which occurred during the civil rights period 50 years ago, foreign-sponsored terrorism adds another dimension that largely did not exist last century.

Is the situation in America going to get so bad that our agitator-in-chief president would consider, or actually declare, martial law? It’s not such a far-fetched idea, and the fact is, the elements exist right now for that to happen. We may be just one attack – or one political riot – away from it.

RELATED : How to Survive Martial Law

Protests at last week’s Republican National Convention did not live up to the hype. It’s not yet known if planned protests at the Democratic National Convention, which kicked off this week, will either. But the fuel is there, clearly. Recently hacked and leaked emails from the Democratic National Committee – most likely by the Russian government – prove that political operatives within the DNC conspired to deny Sen. Bernie Sanders of Vermont the nomination by colluding with party officials and the media, just as he suspected. That is angering to his millions of supporters who believed the party’s nomination process was indeed rigged all along.

Political chicanery aside, the more pressing danger right now is from terrorism. In the past month alone, hundreds of people – in Europe and in the United States – have been killed or wounded by ISIS-inspired terrorists. There doesn’t seem to be a day that goes by when we don’t learn of another attack, whether it’s in Florida (again) or Germany.

If a major catastrophic event ever hits America  , will you be able to sustain  your family in the aftermath?   The Lost Ways Book teaches you how you can survive in the worst-case scenario with the minimum resources available. It comes as a step-by-step guide accompanied by pictures and teaches you how to use basic ingredients to make super-food for your loved ones.

Several years ago the former head of U.S. Central Command, Gen. Tommy Franks, opined in an interview with a cigar trade publication that the United States’ constitutional order could be just a terrorist attack away from disappearing, probably for good:

Discussing the hypothetical dangers posed to the U.S. in the wake of Sept. 11, Franks said that “the worst thing that could happen” is if terrorists acquire and then use a biological, chemical or nuclear weapon that inflicts heavy casualties.

If that happens, Franks said, “… the Western world, the free world, loses what it cherishes most, and that is freedom and liberty we’ve seen for a couple of hundred years in this grand experiment that we call democracy.”

“It means the potential of a weapon of mass destruction and a terrorist, massive, casualty-producing event somewhere in the Western world – it may be in the United States of America – that causes our population to question our own Constitution and to begin to militarize our country in order to avoid a repeat of another mass, casualty-producing event. Which in fact, then begins to unravel the fabric of our Constitution. Two steps, very, very important.”

Other experts and political scientists have speculated that in such a scenario, the American peoplewould actually clamor for the government to “protect” them, giving up whatever rights we have left in the process.

If you don’t think Barack Obama knows these things, you’re mistaken. He may just be waiting for that one event, that one attack that so shocks the nation’s conscience most Americans will scream for protection. Martial law would provide him a basis for enacting the rest of his anti-liberty agenda in one fell swoop. He might even try to use it as an impetus to stay in office longer, even though we have had presidential elections during civil war (when martial law was declared) and world wars.

Obama is just a different kind of president, though – one whose agenda is far more radical and ideological than practically any president we have had in the past.

The only way to protect against this potential abuse of power and authority is to make sure you can hunker down and survive it. There is no way to predict what will happen and anyone who tries to do so on some blog somewhere is just full of it. But there is this: From the get-go, Obama and his people have taken advantage – or tried to – of every single event they believed they could benefit from politically.

If “the event” occurs between now and January 2017, this president will do so again. 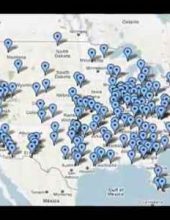