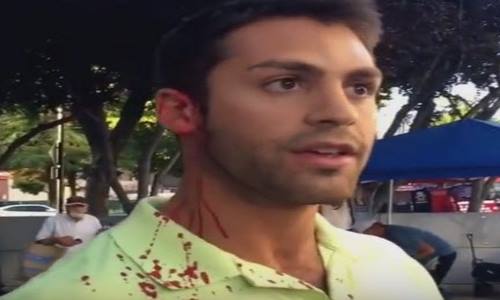 The fact that we have a militarized police state force as an occupying standing army in this country is hard to deny. It’s to the point that 11-year-old boys are “copblocking” to warn citizens of costly speed traps, as state troopers are essentially chilling like alligators on side roads waiting to pounce on drivers and steal their wealth for the state the way any other highway robbers would. “Protecting and serving” doesn’t really enter into it, unless by “protecting and serving” one is referring to the interests of the State. 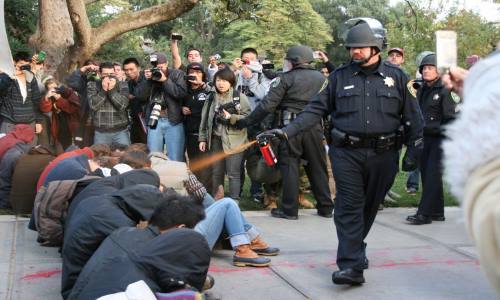 It has become a meme actually. 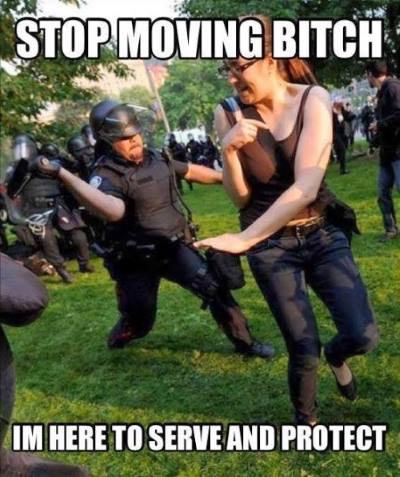 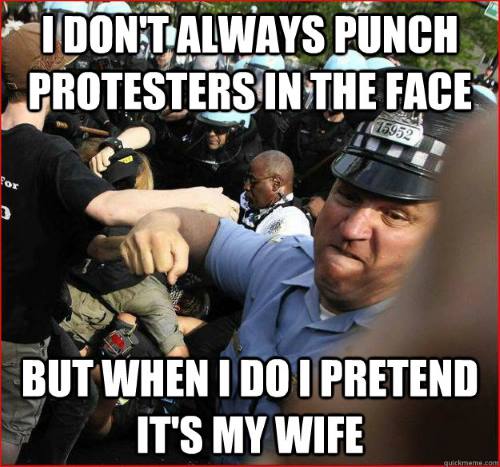 And we are always hearing about how the cops are gearing up in the event of violent riots and protests.

A perfect example is the upcoming Republican National Convention in Cleveland, where the police have stocked up on riot gear including 2000 sets of riot control suits, batons, and bags to carry it all in. “Welcome to America, where a supposedly free and open electoral process must be accompanied with barricades and an army of stormtroopers,” Joshua Krause wrote.

Because that is exactly what happened at Donald Trump’s rally in San Jose, California last Thursday night as the cops stood idly by in their riot gear and watched, doing NOTHING.

RELATED : Why RUSSIA pushes for DOLLAR COLLAPSE on 27 September 2016 ?

Our video of Trump supporter who says he was beaten up coming out of @realDonaldTrump rally. pic.twitter.com/PQSxjXfonl

One more– the moment lone Trump supporter tried to stand her ground. Had her sign ripped up, glasses snatched pic.twitter.com/Me7rWDXQAu 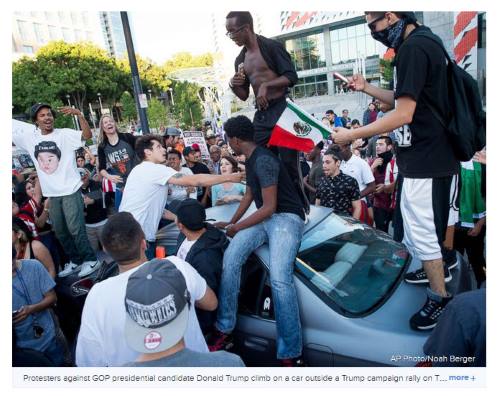 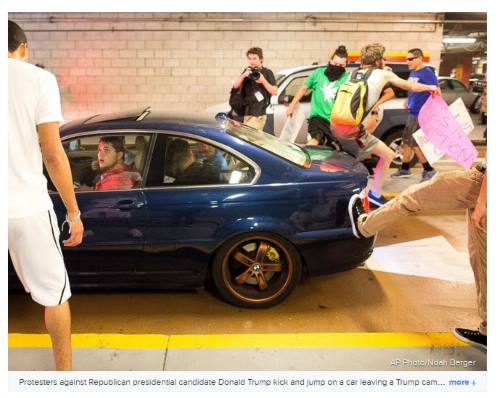 The media laughingly referred to this as “clashes” between protesters, but that’s bs as ABC’s own reporter points out.

Make no mistake. These were violent attacks.

Only four arrests were made, despite all of this obvious evidence including video of a multitude of crimes.

So, we have this huge built-up police state, right? Why didn’t they actually do anything when the time came to DO THEIR JOBS? Check this out:

That’s right. According to Mercury News:

While it appeared to many onlookers that police allowed the violence to proceed unchecked, San Jose police Chief Eddie Garcia insisted that it was more important for police to hold their “skirmish line” formations than to stop individual attacks. Four arrests were made.

“We are not an ‘occupying force’ and cannot reflect the chaotic tactics of the protesters,” Garcia told reporters. Unless a victim’s life was in peril or the violence was “spiraling out of control,” he said, officers held back to avoid inciting more violence and having the crowd turn on officers. He also said the 250 police weren’t enough to control the roughly 400 protesters.

RELATED : 10 Things You Should Know About Smart Home Security

They held back from stopping the violence because it might incite more violence? Aren’t they there specifically to stop the violence? Isn’t that the entire reason they exist in the first place?

Gateway Pundit reports that the reason may be, and I know this will absolutely shock you, political.

What has gone largely unreported, is that police chief Eddie Garcia is affiliated with the far left group La Raza. 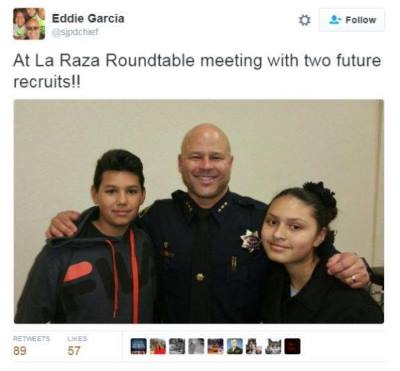 The La Raza Roundtable of California celebrated when Garcia was sworn in.

This is how the Roundtable describes itself:

On top of that, San Jose Mayor Sam Liccardo is a Democrat who personally held a campaign event last week for Hillary Clinton. His response?

“At some point Donald Trump needs to take responsibility for the irresponsible behavior of his campaign,” Liccardo said.

Wow. Really? None of those grown adults committing acts of mass violence can be held accountable for their own actions because… Trump?

Do you think San Jose police would have stood down and watched if this had been happening against supporters of Hillary Clinton or Bernie Sanders?

Of course not. It would have been labeled a “hate crime” and splashed all over the news, every single act of violence hyped to the hilt.

Instead, Americans are being beaten and intimidated simply for expressing their political beliefs while the system, which we all know can be brutal when it wants to, just stands by and allows it happen without even pretending to justify itself. Not that we want more police state, but when it’s already there and blatantly ignores its own job on even the most basic level, it’s pretty obvious what’s really going on here. 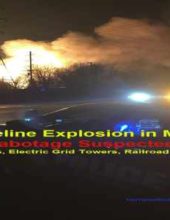