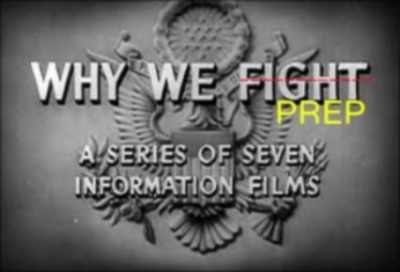 If you’ve seen the show Doomsday Preppers you know what I’m talking about – that ‘what a dipstick’ moment at the end of every show where the narrator, after pretending to treat them seriously by having the ‘experts’ rate their preps, then proceeds to blithely state just how remote the possibility is that whatever disaster scenario the poor misguided sap was prepping for will ever happen. Now, maybe it’s a good thing to let Granny know that aliens probably aren’t going to take over the world, at least anytime soon, but I’m not sure why Doomsday Preppers asks every prepper featured on the show to give a specific event or reason for why they are prepping.

Well, that’s not entirely true… maybe I’m not sure, but I do have my suspicions.

Some of the reasons given are certainly conceivable (from my perspective at least, but seemingly never the narrator’s), while some are obviously, completely, insanely ridiculous. Here are a few reasons that may or may not have been given on the show…

Prepping for the sun to explode? 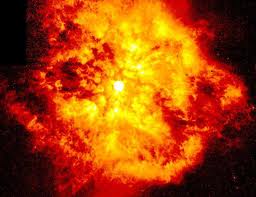 but hey, you got 10 out of 20 for water storage, sooo there’s something, right?

Prepping for Iran or North Korea to invade the United States? 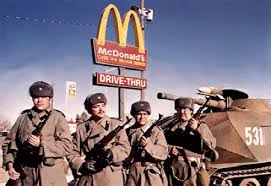 Prepping for genetically modified apes to take over the world? 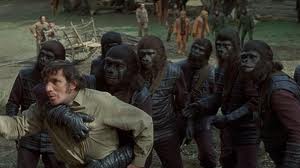 Not sure a bunker is going to help you here, brother, but maybe a few buckets of freeze dried bananas will hold them off for a day or two while you figure out a plan B.

Prepping for the return of the Great Pumpkin? 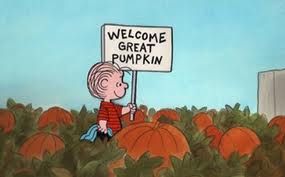 Oh, I get it – the Great Pumpkin is supposed to make sure everyone has health insurance!

From the ridiculous to the realistic…

Prepping for the economy to tank? Don’t bother. The ‘experts’ say, of course, that the economy will never tank and the most we will experience is a mild recession similar to the dot.com crisis of the early 2000’s. Maybe we’ll have to eat beans instead of chili for a week or two, but other than that there’ll be no interruptions in the bread and circus that is modern America. Nothing to see here, folks, so keep moving…

I mean, who did these people consult? Ben Bernake? Seriously?!?! 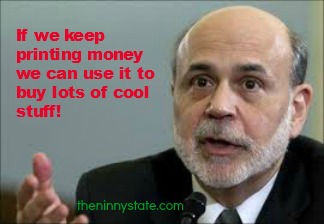 Now, I haven’t seen every episode so correct me if I’m wrong, but has the narrator ever said, “Why, Jim Bob is prepping for the possibility of food prices going up because, you know, food prices HAVE gone up lately and there’s no reason think they won’t continue to spike, putting the average middle-class family at a tremendous financial disadvantage.”

How about just that the world is an unpredictable place and it just makes plain common sense – you know, the kind of common sense our grandparents and literally every generation of humans that has ever gone before us has had – to be prepared for the myriad of things that could happen, especially in these crazy economic and political times we live in?

No, that would just make too much sense. 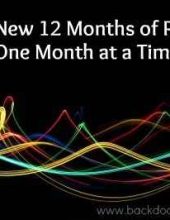 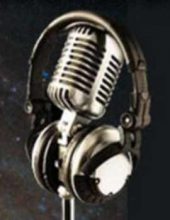 Survival and Beyond #83: The Military “Litmus Test”, Gun Control, the NRO and Simple Ways to Find More Money for Preps 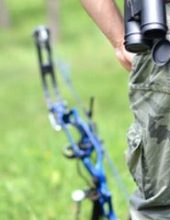