Your Neighbors Could Be Your Worst Nightmare in an Emergency 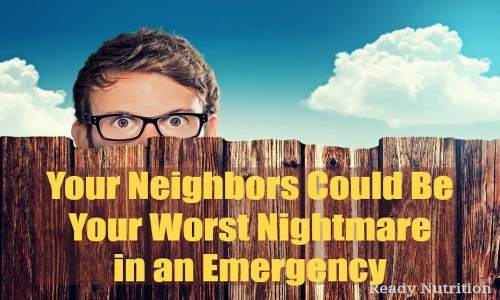 This piece summarizes one of the episodes of “The Twilight Zone” entitled “The Shelter” that bears mention for all who have neighbors, especially those they are “unsure” of.  In this (two minutes to midnight) preparatory lifestyle, it’s always important to know about those who live around you.

Today’s neighbors can morph into tomorrow’s marauders in the blink of an eye.

The fragile nature of our society is best described as the thinnest of veneers of civilization overlaying an underlying barbarism that can manifest itself at any given moment.

“The Shelter” is an excellent case-study of such a precept that I recommend to everyone to watch at least once.  This is of the original series, and the episode was written in 1961 by Rod Serling.

The story commences in the home of a neighborhood doctor where he and his neighbors are celebrating his birthday.  Everyone is festive, and the mood is one of good spirits, laughter, and indulgence in food and drink.  After a birthday toast, several birthday guests comment (abrasively) on the noise the doctor has had over the months from the construction of a bomb shelter in his basement.  The doctor kind of ignores it, and the party continues.

Soon the doctor’s son comes into the dining room (only adults are present) and announces that the TV has gone dead, and just prior it announced to go to the Conelrad station on the radio.  The following report came forth on the radio as everyone listened:

“…Four minutes ago the President of the United States made the following announcement.  I quote: at 11:04 pm Eastern Standard Time both our Distant Early Warning Line and Ballistics Early Warning Line reported radar evidence of unidentified flying objects flying due southeast.  As of this moment we have been unable to determine the nature of these objects, but for the time being and in the interests of national safety we are declaring a state of yellow alert.  The Civil Defense Authorities request that if you have a shelter already prepared, go there at once.  If you do not have a shelter, use your time to move supplies of food, water, medicine, and other supplies to a central place.  Keep all windows and doors closed.  We repeat: if you’re in your home, go to your prepared shelters or to your basement.”

Needless to say, all of the guests frantically depart.  The doctor and his family scramble around, filling up jars with extra water and moving some extra stuff down into the bomb shelter.  In the shelter were beds for the family and shelves with canned goods and medicines, as well as other gear and some chairs and a table.  The doctor returns upstairs, and then one of the neighbors, Jerry, begins rapping on the window.  The doctor opens the door, and Jerry worms his way in, slyly informing the doctor that he and his family are unprepared for what’s coming.

The neighbor wants to shelter himself, his wife, and two children in a shelter designed for three people.  The doctor leaves him and enters the shelter, locking the door and sealing it off.  Presently, more neighbors arrive.  One of them pounds the door, insisting that the doctor allow him to enter.  Soon even more neighbors arrive, and one of them is very belligerent.  Men and women are irate, and they’re demanding the doctor let them in.  It escalates very shortly, as the aggressive man belligerently makes the following demand with several other men beside him to the doctor after yelling his name:

“You’ve got a bunch of your neighbors outside who want to stay alive.  Now you can open that door and talk to us, and figure out with us how many can come in there…or you can just keep on doing what you’re doing and we’ll [hitting the door] bust our way in there.”

The doctor refuses, and the men outside move away from the door, and then begin to argue among themselves.  There is already infighting about who (of the outsiders) will enter the shelter, as the men move out of the house.

“Bill, who are those people?” the mother asks.

“Those people…those people are our neighbors…our friends…the people we’ve lived with and alongside for twenty years.  C’mon, Paulie.  We better get up some of this furniture and this bunk so we’ll have some protection in case that door goes through,” the doctor said.

The half-dozen men return to the house, smashing up furniture in the dining room and trashing the house.  They enter the basement with a heavy pipe, and as their wives cheer them on, they begin battering the shelter door.  Presently they break through.  Just as they are stepping into the shelter, the radio in the shelter with the family announces that the previously-spotted objects were satellites, and the alert was lifted.

As the dust settles, the neighbors try to blow it off half-heartedly, but the doctor doesn’t really want any of it.  The neighbors had managed to smash in the door and force their way in.  The doctor summarized it quite eloquently with his description of what had happened:

“The kind of people we are just underneath the skin.  I mean all of us…a lot of naked, wild animals who put such a price on staying alive that they’ll claw their neighbors to death just for the privilege.”

The episode is excellent, and in under 25-minutes presents exactly what human nature boils down to…in a non-profane, “Hallmark” version with no blood or gore to offend the tender sensibilities.  The doctor made the following critical mistakes.

The old adage, “Know thy neighbor” holds true…and not just from a superficially-friendly, good time perspective.

What is important to know is that when the needs of the neighbors are not able to be met, those needs will be attempted to be filled at your expense if you are the one with the supplies and safe haven.  “The Shelter” is an oldie but a goodie, and a perfect tool to keep in mind that all of us can pass beyond the limits of the “better angels of our nature,” and the situation turn from “Rebecca of Sunnybrook Farm,” to “The Road Warrior” in the blink of an eye.  Happy watching, and hope you take something from it.  JJ out!

Jeremiah Johnson is the Nom de plume of a retired Green Beret of the United States Army Special Forces (Airborne). Mr. Johnson was a Special Forces Medic, EMT and ACLS-certified, with comprehensive training in wilderness survival, rescue, and patient-extraction. He is a Certified Master Herbalist and a graduate of the Global College of Natural Medicine of Santa Ana, CA. A graduate of the U.S. Army’s survival course of SERE school (Survival Evasion Resistance Escape), Mr. Johnson also successfully completed the Montana Master Food Preserver Course for home-canning, smoking, and dehydrating foods.

Mr. Johnson dries and tinctures a wide variety of medicinal herbs taken by wild crafting and cultivation, in addition to preserving and canning his own food. An expert in land navigation, survival, mountaineering, and parachuting as trained by the United States Army, Mr. Johnson is an ardent advocate for preparedness, self-sufficiency, and long-term disaster sustainability for families. He and his wife survived Hurricane Katrina and its aftermath. Cross-trained as a Special Forces Engineer, he is an expert in supply, logistics, transport, and long-term storage of perishable materials, having incorporated many of these techniques plus some unique innovations in his own homestead.

Mr. Johnson brings practical, tested experience firmly rooted in formal education to his writings and to our team. He and his wife live in a cabin in the mountains of Western Montana with their three cats. 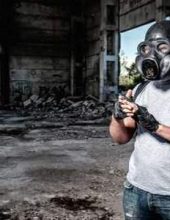 Secret Stockpile: Your First Steps To a 1-Year Stockpile (While We Still Have Time) 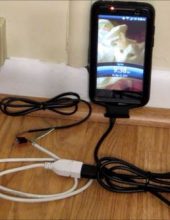 How to Get Emergency Power from a Phone Line 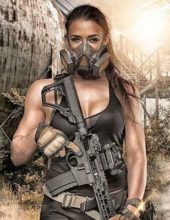 Prepping Is Not Just for Men: How Women Can Prepare for Social Instability 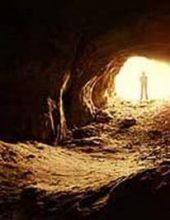