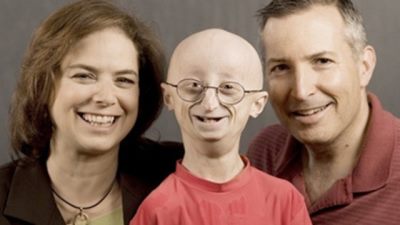 A 17-year-old Jewish boy died of a rare old age disease this week, according to hospital officials in Massachusetts.

Progeria is a fatal genetic disease characterized by the appearance of accelerated aging, according to the Progeria Research Foundation.

An estimated 200 to 250 children worldwide suffer from the disease at any given time, with an average life expectancy of 13 years.

Berns was diagnosed with progeria at 22-months-old. His parents, who work as doctors, established the foundation in 1999, with an aunt to find a cause, treatment and cure for the disease.

In an interview, Berns encouraged other children who are struggling to overcome their challenges, and said that he did not want anyone to feel bad for him.

"No matter what problems you are facing, there is always room for happiness," Berns said.