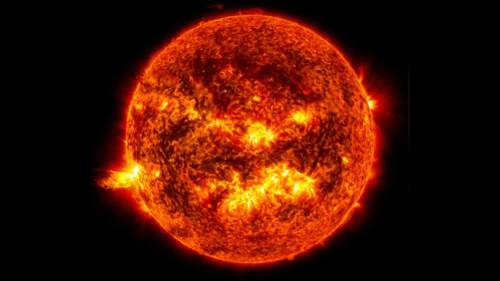 As part of a search into the origins of our galaxy, astronomers at the University of Texas have identified what they believe to be a sister to the Earth’s sun.

According to the Guardian, this potential sibling has not been named, and currently only goes by the title, Star HD 162826. Astronomers currently hypothesize that the sister sun was formed out of the same cluster of stars that ultimately gave birth to our own sun approximately 4.5 billion years ago. If true, the discovery could also shed light on humanity’s search for extraterrestrial life.

Led by astronomer Ivan Ramirez, researchers at the University of Texas said that they've been studying HD 162826 – which is 15 percent larger than our sun – for more than 15 years.

“The idea is that the Sun was born in a cluster with a thousand or a hundred thousand stars. This cluster, which formed more than 4.5 billion years ago, has since broken up,” Ramirez said in a statement. “A lot of things can happen in that amount of time,” he added, including the potential for these stars to shift along to other points in the Milky Way and host other planets.

Although the HD 16286 cannot be seen by the naked eye, it can be spotted with a pair of binoculars thanks to its large size. It’s located in the lower end of the constellation Hercules, and if you’re out stargazing it can be spotted near another star called Vega.

As noted by the Huffington Post, further study into the star’s origins could also reveal information about how and why life formed on Earth. 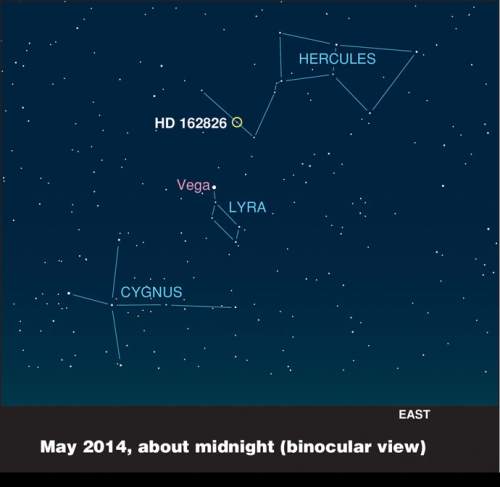 "We want to know where we were born," Ramirez said. "If we can figure out in what part of the galaxy the sun formed, we can constrain conditions on the early solar system. That could help us understand why we are here."

One of the more intriguing possibilities is that HD 162826 also delivers life-giving energy other planets in its orbits, much like our own sun does for the Earth. It’s also possible that when the cluster of stars containing our sun broke up, the blueprints for life – such as DNA molecules or bacteria – were spread along all the stars contained within. Potentially, that means that other planets in the galaxy might actually host life that shares a similar make-up as life on Earth.

"The idea is if a planet has life, like Earth, and if you hit it with an asteroid, it will create debris, some of which will escape into space," astronomer Mauri Valtonen of Finland’s University of Turku in Finland said to Space.com in 2012. "And if the debris is big enough, like 1 meter across, it can shield life inside from radiation, and that life can survive inside for millions of years until that debris lands somewhere. If it happens to land on a planet with suitable conditions, life can start there." 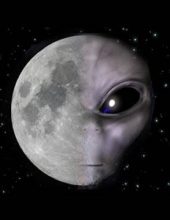 Aliens On The Moon The Truth Exposed 2014