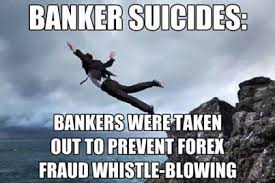 According to this brand new video just released on the Gerald Celente YouTube channel with Alex Jones from Infowars, AT LEAST 20 bankers have mysteriously died within the last several weeks! While it has been reported that 5 TOP LEVEL bankers have been suicided, Alex’s research has found an entirely new slew of lower level bankers also ‘eliminated’. This video shares more proof of an organized campaign to ‘eliminate’ those who could imprison the ‘criminal elite’ for their financial crimes against the rest of humanity. Dead bankers can’t talk! Celente and Jones share more proof that the markets are rigged and that a MASSIVE cover-up is in progress. 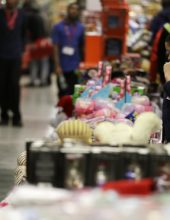