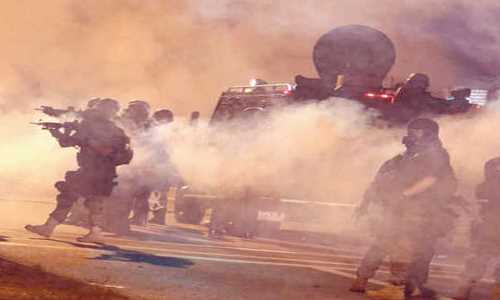 Editor’s Comment: This has been an ongoing theme for many years now, as police and even the military train to use domestic crowd control and martial law tactics against American citizens.

Yet, with potential catastrophe looming over the economy, and the country more divided, agitated and upset than at any other time in recent memory, there is more and more reason to think that unrest could spread, and those in authority will have the pretext they need to clamp down. The anger is real, but how it plays out is a matter tactical interplay.

Makers of riot control products are seeing increased demand from law enforcement bodies across America who fear Ferguson-style civil unrest hitting other areas of the country, according to a new report.

Riot control systems are expected to “generate revenues of over USD 3.5 billion by the end of 2020,” with North America being one of the primary growth areas for upgraded weapons due to “militarization of the police department and other law enforcement agencies” in the aftermath of the 2014 riots in Ferguson, Missouri.

Purchases of long-range acoustic devices, whips, batons and armored vehicles that will be used to “disperse, control, and arrest people involved in riots and protests” are also on the increase.

“Demand for such equipment is expected to rise during the next few years,” states the report, with authorities in Iran, Egypt, Russia, China, and Thailand also spending increased amounts on riot control equipment in advance of potential social disorder.

As we highlighted earlier this week, top insurer Lloyds released a report that warned of a “pandemic” of global civil unrest that could go viral, threatening international stability.

The ultra-wealthy are highly concerned about civil unrest and have made moves to prepare for social disorder.

Elitists are buying luxury bomb-proof survival bunkers, with one of the companies behind the underground units, Vivos, revealing that they are for the “protection of high net worth individuals” against the threat posed by the “general public”.

“This is for wealthy people who are concerned about various disaster scenarios, but a common theme among them is a fear of civil unrest, a fear of an uprising from the 99%,” said journalist Lynn Parramore, who visited one of the facilities in Indiana.

Millionaires are also fleeing Chicago and other major cities due to concerns over racial tensions and rising crime rates.

When asked why the super-rich were buying land and homes in remote locations like New Zealand, Davos economist Robert Johnson told RT that Ferguson-style unrest was one of the primary worries.

This article was written by Paul Joseph Watson and originally published at Infowars.com. 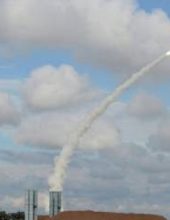 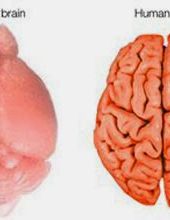