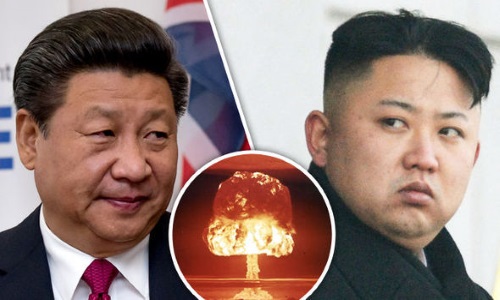 The U.S. has detected signs that China is preparing for a military crisis on the peninsula, a U.S. defense official revealed Thursday.

South Korea must make sure North Korea's territory falls under Seoul's jurisdiction before another power makes the claim, Hong said.

The possibility that a third party could move on North Korea is real in the event of an emergency, according to the analyst.

"China needs a new friendly regime in the North, and has a reason to want to secure weapons of mass destruction," Hong said.

The researcher stated there are several scenarios in the event of a crisis such as a collapse, including the involvement of United Nations peacekeeping forces, some other type of multinational coalition, or a U.S.-South Korea joint intervention.

Tensions on the Korean peninsula have been running high as the North continues to engage in provocative behavior in violation of international restrictions. North Korea has launched at least eight confirmed missiles since the start of the year, and its rhetoric continues to be particularly hostile.

150,000 Chinese Troops Moving On The Korean Border. The story originated with South Korea’s Chosun Ilbo, which cited a Japanese newspaper and reported that there were “rumors” Chinese troops — medical and support units — were sent out to deal with a potential North Korean refugee crisis and other possible problems that might arise from a contingency on the Korean Peninsula. The report also suggested that China mobilized submarine and ground troops, but so far there has been no evidence to corroborate this report.

There are thousands of Chinese troops normally stationed in the area; however, there is no evidence at this time to suggest that their numbers have been bolstered by additional troops.

North Korea’s latest ballistic missile test, a medium-range missile launched into the sea on the eve of President Trump’s first meeting with Chinese President Xi Jinping, is the latest in a string of ever-more provocative actions by the North Korean regime.

The Nuclear Threat Initiative, in cooperation with the James Martin Center for Nonproliferation Studies, has valuable resources available to the public and the news media to better understand the capacity, background, and history of the North Korean nuclear program. 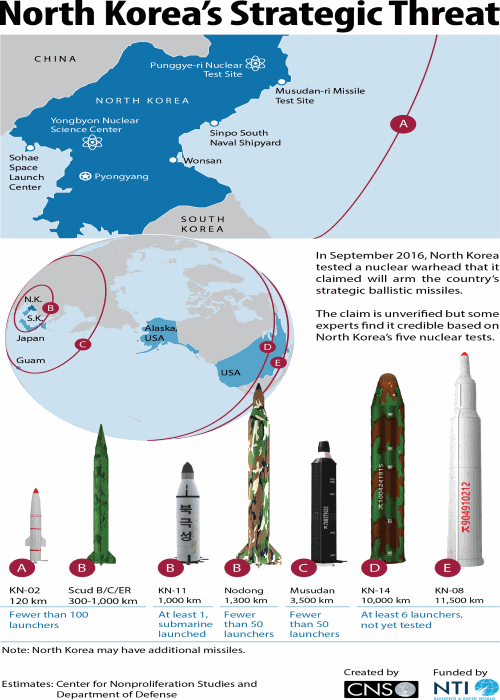 The U.S. and South Korea are currently holding the Max Thunder air combat drill designed to improve allied readiness for a serious escalation of tensions on the peninsula. The U.S. and North Korea have been exchanging warnings and threats, but the situation has yet to come to blows.

The Trump administration is working with Beijing to help rein in North Korea, and China has, according to administration officials, ratcheted up pressure on the North Korean regime, potentially raising tensions between the old treaty allies.