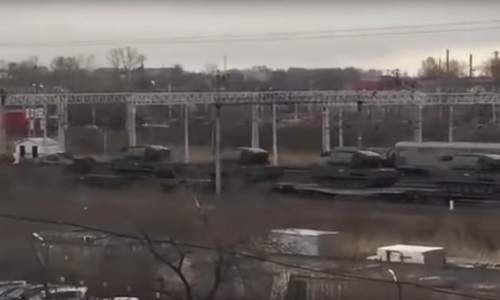 Russian president Vladimir Putin has reportedly sent troops and weapons to the country’s border with North Korea as tension continues to escalate in the region.

A video has emerged apparently showing one of three trains loaded with military equipment moving towards the 11 mile-long land frontier between Russia and the rogue state.

Another video highlights military helicopter movements towards the North Korean border and manoeuvres across rough terrain by army combat vehicles.

There have been concerns that if a conflict breaks out Russia could face a humanitarian exodus from North Korea. 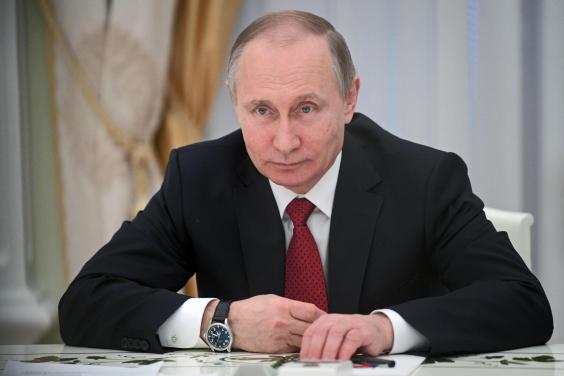 But Mr Putin has also been warned that in the event of a US strike on Kim Jong-un’s nuclear facilities, contamination could swiftly reach Russia.

Mike Pence: the era of strategic patience with North Korea is over

“Railway trains loaded with military equipment moving towards Primorsky region via Khabarovsk have been noticed by locals,” reported primemedia.ru in the Russian far East – linking the development to the North Korean crisis. 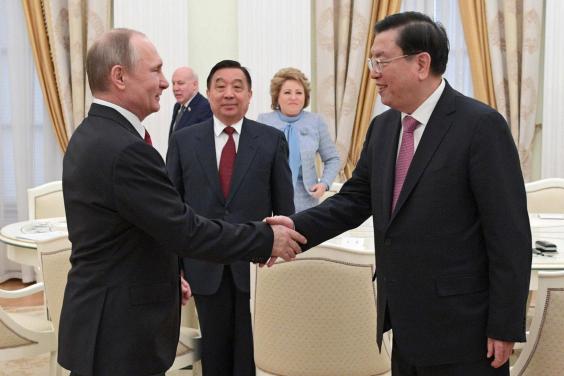 “The movement of military equipment by different means of transport to southern areas is being observed across Primorsky region over the past week,” said Russian military veteran Stanislva Sinitsyn.

He added it is “a preventive but necessary” measure.

The US and Russia clashed at the United Nations yesterday (Wed) over a US-drafted Security Council statement to condemn North Korea’s latest failed ballistic missile test. Diplomats said China had agreed to the statement.

US Secretary of State Rex Tillerson said he wants to exert pressure on North Korea over its nuclear programme as the communist state warned of a “super-mighty preemptive strike” and told the US don’t “mess with us”.

Mr Tillerson said: “We’re reviewing all the status of North Korea, both in terms of state sponsorship of terrorism as well as the other ways in which we can bring pressure on the regime in Pyongyang to re-engage with us.”

There has been confusion over the whereabouts of a US aircraft carrier group after Mr Trump said last week he had sent an “armada” as a warning to North Korea, even as the ships were sailing in the opposite direction. It is now en-route.