Jordan's King Abdullah II warned Tuesday of a "third world war" stating that it would be quote, “against humanity" and further described the Islamic State group as "savage outlaws of religion" in the wake of the Paris attacks.

During an official visit to Kosovo, Abdullah said both Europe and Islam were under attack from the quote, "scourge" of terrorism that could strike anywhere and at any time.

He told a press conference quote, "We are facing a third world war against humanity and this is what brings us all together, This is a war, as I've said repeatedly, within Islam."

Abdullah said, quote "So therefore we must act fast and holistically to tackle and respond to the interconnected threats whether it is in this region, Africa, Asia or in Europe," he said.
RELATED : POPE FRANCIS AT UNITED NATIONS – NEW WORLD ORDER HAS BEGUN – FINAL WARNING 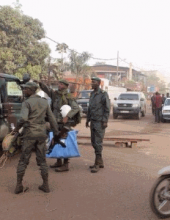 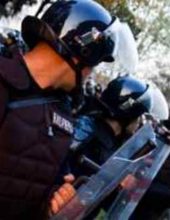 100 % Certainty US World Economy Will Collapse Within Months