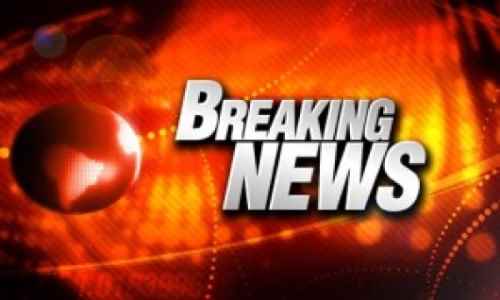 Throughout Sunday,  SuperStation95 was kept informed about significantly increased US Military activity "relating to North Korea."  Minutes ago, at 11:15 EDT, we confirmed that North Korea is planning ANOTHER Nuclear Detonation within days; and our sources in the US government tell us  if that happens . . . . . . (then a grim stare and silence).

Among the military activities about which we were informed:

These military activities stood out as unusual and a very large news-gathering effort was put forth to sources at the Pentagon, the various military branches and the State Department.  At 11:15 this evening, this is what we are able to confirm:

Pyongyang has completed preparations for its second nuclear test in just a week after the unhinged regime of Kim Jong-un sent shockwaves through the world following a major testblast.

The government of Kim Jong-un has completed preparations for its second nuclear test in a matter of days according to South Korean government sources who believe that Pyongyang plans to employ a previously unused tunnel at its mountainous testing site.

The information about an imminent test follows Pyongyang’s massive nuclear test blaston Friday, the most powerful atomic detonation by the regime to date.

The rumors of an upcoming second test blast also follows indications by the North Korean government and independent defense analysts that Kim Jong-un’s government has mastered the miniaturization process necessary to mount a nuclear warhead to a ballistic missile raising the stakes.

"Indications have been gathered that the North has completed preparations to conduct a nuclear test at any time in the third tunnel that has not been used previously," according to an anonymous South Korean government official.

The North Korean regime vowed to continue its doomsday march towards nuclear dominance despite a fresh round of UN imposed sanctions in the wake of Friday’s test blast with a spokesperson for Kim Jong-un calling the economic measures "laughable."

South Korea estimates that the force of Friday’s nuclear detonation was 10 kilotons, which would be the most powerful blast to date, but a US expert believes that the seismic magnitude of the explosion suggests a yield closer to 20 or 30 kilotons surpassing the destructive force of the Hiroshima bomb that killed nearly 150,000 people instantly.

The UN Security Council quickly denounced North Korea’s explosion with the United States,Britain and France pushing the 15-member body to impose a fresh round of sanctions, but many believe that the only thing that will get Kim Jong-un to back down is if the Chinese governmentof Xi Jinping applies greater pressure on the North Koreans.

Absent that cooperation from China, a military solution to this growing problem may be the only remedy.

According to one US Military source, "We will all likely know, within days."

Sung Kim, the US special envoy to North Korea said the UN Security Council along with Japan, South Korea and the United States are "examining additional unilateral measures."

North Korea shrugged off the threat of additional sanctions in typical fashion.

"The Obama administration running around and talking about meaningless sanctions until today is highly laughable," state media said Sunday.