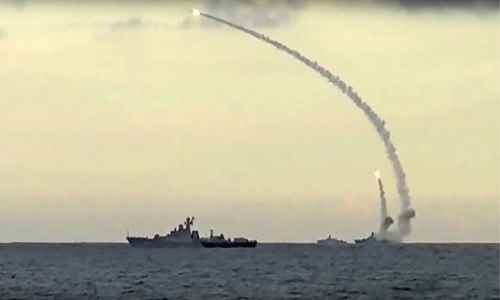 4:12 PM EDT- 21 September 2016 — A Russian military vessel in the coastal waters off of Syria, targeted and destroyed a "foreign operations center" killing several American, Israeli, and Turkish Military officers.  "Russian warships fired Kaliber rockets onto the command posts of the terrorists in western Aleppo, where Turkish, Saudi, Israeli, UK, and US officers are deployed to aid their operations," Sputnik News Agency reported on Tuesday.

Been reading in other places online that US Special Forces are embedded with terrorist groups in Syria. This is beyond horrible!

Would you be able to sustain your loved ones when all hell brakes loose? In this video, I will unearth a long-forgotten secret that helped our ancestors survive famines, wars, economic crises, diseases, droughts, and anything else life threw at them… a secret that will help you do the same for your loved ones when America crumbles into the ground. I’m also going to share with you three old lessons that will ensure your children will be well fed when others are rummaging through garbage bins. Click here to learn all about the 3 skills that will help you thrive in any crises situation.

The operations room was located in the Western part of Aleppo province in the middle of sky-high Sam'an mountain and old caves. The region is deep into a chain of mountains.

Several US, Turkish, Saudi, Qatari and British officers were also killed along with the Israeli officers. The foreign officers who were killed in the Aleppo operations room were directing the terrorists' attacks in Aleppo and Idlib.

READ MORE : WARNING : Russia Issues New “Rules of Engagement” in Syria: Any Aircraft Threatening the Syrian Army WILL BE SHOT DOWN (US/Turkey/Israel in the cross-hairs!)

Earlier in September, the Syrian army units launched a preemptive strike on the terrorists of the so-called Aleppo Operations Room in their gathering centers near Castello road in the Northern areas of Aleppo and Mallah farms, foiling their plots to attack the region's supply route, a source said.

The source said that the army's artillery units attacked the terrorists' gathering centers near Castello and Mallah farms in Zahra Abdo Rabbah, Kafar Hamra and Hurayatyn which killed and wounded dozens of militants.

Informed media sources disclosed earlier that the Syrian army has continued its advances in the Southern part of Aleppo, and regained control over several strategic areas in the town of Khan Touman.

"A number of key warehouses of Khan Touman are now under the Syrian army's control," the Arabic-language media quoted an unnamed informed source as saying.

The source noted that the Syrian air force and army's artillery units also targeted the gathering centers and fortifications of the terrorists in Khan Touman.

Developing story, check back for updates. 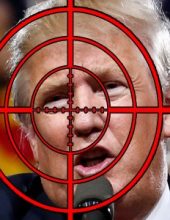