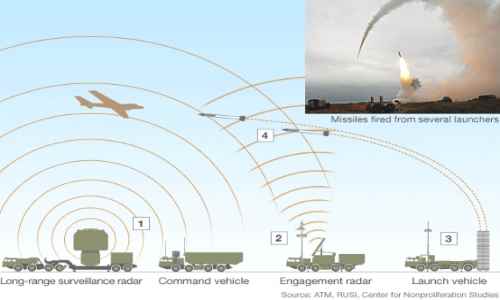 WARNING : Russia Issues New "Rules of Engagement" in Syria: Any Aircraft Threatening the Syrian Army WILL BE SHOT DOWN (US/Turkey/Israel in the cross-hairs!)

After the United States and "Coalition" aircraft attacked Syrian Army positions "by mistake" – which killed 62 and injured over 100 Syrian Soldiers – Russia says the next mistake will be the pilot's last, as new Rules of Engagement are now in effect.

The bombing took place on al-Tharda Mountain in the region of Deir ez-Zor and caused casualties and destruction on the ground, Syria’s official SANA news agency reported on Saturday. 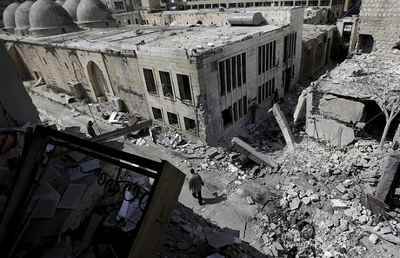 The Russian Defense Ministry said that the aircraft which carried out the bombings had entered Syrian airspace from the territory of Iraq.

Four strikes against Syrian positions was performed by two F-16 jet fighters and two A-10 support aircraft, it added.

“If the airstrike was caused by the wrong coordinates of targets than it’s a direct consequence of the stubborn unwillingness of the American side to coordinate with Russia in its actions against terrorist groups in Syria,” Konashenkov stressed.

The Defense Ministry also confirmed a report by SANA that an Islamic State offensive began right after Syrian Army positions were hit from the air.

"Immediately after the airstrike by coalition planes, Islamic State militants launched their offensive. Fierce fighting with the terrorists is currently underway in the area of the airport where for a long a time humanitarian aid for civilians was parachuted,” Konashenkov said.

The timing of the ISIS attack, coming within 7 minutes of the US air strikes against the Syrian Army, has led some to conclude the US is providing air cover for ISIS Terrorists!

The Syrian General Command called the bombing a “serious and blatant aggression” against Syrian forces, and said it was "conclusive evidence" that the US and its allies support IS militants.

According to a news release of the US Department of Defense, the coalition’s aviation performed combat missions in Deir ez-Zor on Saturday.

“We are aware of the reports and checking with Centcom and CJTF (Combined Joint Task Force),” the Pentagon told RT.

The US Central Command later has issued a statement, saying that it had no intention of targeting Syrian government forces near Deir ez-Zor.

“Syria is a complex situation with various military forces and militias in close proximity, but [the] coalition would not intentionally strike a known Syrian military unit,” the statement read.

CENTCOM promised that the strike and circumstances surrounding it will be reviewed “to see if any lesson can be learned.”

An unnamed US military official told Reuters that he was "pretty sure" that the targets hit in US-led coalition air strike on Saturday had been Syrian forces.

According to the official, the bombings in Deir ez-Zor were carried out using US intelligence, which was being gathered for days.

The US says its attack stopped as soon as Russia notified the American side that they had been hitting the Syrian military, he added.  But that does not fit the facts.

According to both Russian and Syrian Army reports, the American jets were repeatedly told they were attacking the wrong side but continued attacking until aircraft were "painted" by Russian S-300 anti-aircraft missile systems.  It was only after the surface-to-air missile locked-on to the aircraft that they cut off the attack.

After the attack, the US told Russia and Syria they would investigate how this "mistake" happened and report back.  No report was forthcoming.  SO both Russia and Syria requested — and were granted — an Emergency meeting of the UN Security Council for the purpose of the US explaining why it attacked the Syrian Army.

The meeting was convened over the weekend, but rather than provide an explanation, US Ambassador to the UN, Samantha Powers, got up and walked out of the meeting!  No explanation came from the US.

After this failure to explain itself, the Russians and Syrians were left to conclude the US attack was deliberate.   Moscow cited the strikes, which allowed Islamic State fighters to briefly overrun a Syrian army position near Deir al-Zor airport, as evidence that the United States was helping the jihadist militants.


"We are reaching a really terrifying conclusion for the whole world: That the White House is defending Islamic State. Now there can be no doubts about that,"

If the US and its "coalition" are, in fact, covering for ISIS, then the end for that is near.  Russia issued new Rules of Engagement today, instructing its air forces and Surface-to-Air missile batteries that they are to shoot down any aircraft threatening Syrian Army forces.

So the next "mistake" by a US pilot, will very likely be the last mistake that pilot makes.  Once the S-300 anti-aircraft missile system "locks-on" to an aircraft, there is no escape and no defense. The system cannot be jammed and its missiles cannot be fooled by flares or chaff.  An S-300 absolutely, positively, will hit and kill any aircraft it is fired at.

This is also bad news for Turkey, which also has troops and planes operating inside Syria without permission.  If a Turk aircraft attacks a Syrian Army unit, it, too, will be shot down.

Israel is also in trouble with these news rules of engagement.  Israel has been sending the Israeli Air Force to strike areas of the occupied Golan Heights – official Syrian territory.  Israeli jets will now be shot down if they attack a Syrian Army position.

US MASS-MEDIA SILENT AS WAR LOOMS

Similarly, the mass-media has not informed the American public that the US has repeatedly refused to cooperate with Syrian and Russian military efforts to attack ISIS terrorists, even though the Obama administration claimed the US purpose for being in Syria was exactly that.

What this means is simple: The next time the US attacks the Syrian Army, the attacking aircraft are going to be shot down.  When that happens, the US will scream "We've been attacked by the Russians" and use that to start a war.

When war breaks out, the American people will be totally unaware of how or why this happened, and will be blind-sided by the hideous reality that we in the US started it — and we in the US are the ones who are in the wrong. 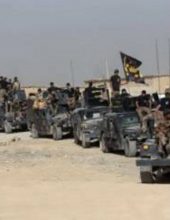