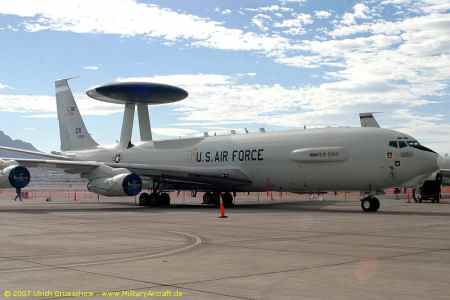 Malaysian airlines flight 377 has been provably hijacked by an AWACS plane. This is outlined in the updates below.

The Malaysian military tracked this plane for a full hour with military radar after it “vanished from civilian radar because “the transponders were switched off” (B.S.) radar is radar, it does not need a “transponder” to track a plane.   Radar is there to prevent private planes which have no transponders from hitting commercial ones among other things, and if radar can see a private plane that has no transponder it certainly can see a huge jumbo jet. So you can take the transponder lies and trash them.

But the plane DID disappear from civilian radar even though military radar tracked it for a now admitted full hour longer. Only an AWACS type system could do this.

What could make a plane disappear from civilian radar while at 36,000 feet yet still be visible on military radar? ONE THING, and it looks like a UFO (as some have speculated) only it’s attached to a boeing jet – the antenna on a U.S. Air Force AWACS plane. The fact that this missing jet vanished from civilian radar yet remained visible on more robust military radars proves well enough for me that this indeed was an AWACS hijacking, just like we saw on 9/11 where AWACS planes were seen on video observing if not controlling the crashes into the twin towers. Once the plane flew far enough West, Awacs was obviously enough to jam both civilian and military radars, probably because they entered a zone where the angle of both incoming signals allowed for their simultaneous cancellation. That is where the plane finally “vanished” forever, an hour after the “official” vanishing act. The final vanish happened while at 29,500 feet.

In this scenario, we now have: The plane did a u-turn and flew the other way for a now admitted full hour. THAT supports the Awacs story.

Obvious fake photoshopping of “terrorists”. THAT supports the Awacs story.

Cell phones still ringing, which would only be possible with a safe landing. THAT supports the Awacs story

Missing black boxes. THAT supports the Awacs story (the plane is obviously intact)

A reason to electronically hijack the airplane – 20 top people from a semiconductor firm that works defense, with employees working for countries that are not allies yet VERY powerful – THAT supports the Awacs story

And the GRAND FINALE: PLANE DISAPPEARS FROM CIVILIAN RADARS WHILE REMAINING VISIBLE ON MILITARY RADARS. THAT supports the Awacs story and pushes it to the forefront of logic like a tsunami on a beach umbrella, if THAT does not raise a few eyebrows people are sleeping.

And I’d have to say the CIA’s obvious pushing of B.S. regarding this supports the Awacs story as well; If this plane shows up somewhere in pieces now, it was electronically hijacked by an AWACS plane – the same type seen on 9/11, and the people were offloaded and questioned (engineers probably waterboarded for defense secrets). IF that plane shows up in pieces now it happened last night, not three days ago FINAL ANSWER.

1. Absent an awacs type system which can precisely monitor a received signal and spoof a return signal (or phase cancel it) you cannot disappear a non stealth aluminum skinned plane from ANY radar system. After vanishing from civilian radars, it remained on military radars that would work better against AWACS. That pretty much says it all.

2. Iran is an ally of Russia. Russia has Awacs type systems, but would not try to frame up Iran in a terror plot with a fake passport story supported by idiotically faked photos. Russia did not do this.

3. China and Malaysia also have Awacs type systems. Since it was a Malaysian plane flying with Chinese engineers, it is safe to rationalize out that neither China nor Malaysia did this.

4. Though the engineers on the plane also worked with stealth technologies such as Awacs, it takes a huge UFO shaped antenna to make such systems work, and Malaysian passenger jets do not have them as a standard feature. This was not a stunt played by Freescale Semiconductors.

5. Israel wants war with Iran, and the CIA hatching a terror plot with horribly faked photos stands in the evidence pool against the U.S. air force, which is their sex slave.

6. The obvious motive was military, and a real tie in was the fact that the plane disappeared from civilian radar while at full cruising altitude, but not the military radars. In this case the air force had to choose which radar they would spoof with Awacs (there is extreme difficulty with spoofing more than one system simultaneously unless there is a lucky alignment of signals) and they just hoped the military would not catch on. ONE PROBLEM, the Malaysian military was not as inept as the Air Force thought. PLAN FAILURE.

7. The Iranian terror plot fits the logic tree well. Since the photos were obviously faked, WHO WOULD DO THAT? WHO WANTS WAR WITH IRAN? No brainer there.

8. The cell phones are ringing, and the only organization in the world that can say where they are is the NSA. WHY THE SILENCE?

logic sequence output: Because the plane was hijacked electronically by those who keep the NSA funded and the NSA has been told to SHUT UP. If those phones were in lost baggage, the NSA would have said so RIGHT AWAY, and even the airline company would have figured it out by now, found the bags, heard the phones ringing and said, OH, WE KNOW WHY THEY RING. And the phones are not dead ringing as can happen with some american carriers, because on one occasion one of the phones was picked up and hung up without anything being said. But NOPE, NOTHING on this from the NSA, which means those phones are ringing on a runway somewhere, and the NSA knows EXACTLY WHERE. Yet they still support the CIA, which is doing it’s best to hatch a B.S. terror plot about a couple Iranians with fake photos and THERE IS YOUR ANSWER, AMERICA HAS THAT PLANE AND IS PROBABLY WATERBOARDING THE FREESCALE ENGINEERS RIGHT NOW, EXTRACTING CHINESE MILITARY SECRETS. If the plane is now “found” in pieces it will mean “they” gave up on the B.S. story line and decided to ditch it somewhere rather than use it on the Petronas towers or the Sears tower.

The hijacking story won’t work now that we know the Malaysian military was able to track the plane because a hijacker cannot switch off a radar system 500 miles away and cannot prevent the plane from being found on radar wherever it went to, ONLY AWACS COULD. 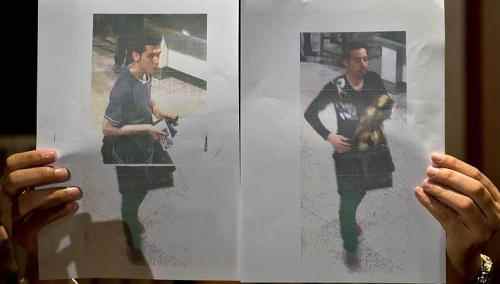 BLOCKBUSTER UPDATE: FAKE PASSPORT GUYS WERE PHOTOSHOPPED. Take a look at their legs. HA HA HA – that’s a bad screw up. Here is the original article this picture appeared in, Needless to say, I preserved this one.

Caption below original photo: “A Malaysian police official displays photographs of the two men who boarded the Malaysia Airlines MH370 flight using stolen European passports to the media at a hotel near Kuala Lumpur International Airport in Sepang on March 11, 2014. — PHOTO: AFP” Now that’s an absolute LAUGH. That’s as bad as the blood spatters going the wrong way at the bat man shooting.

Get while the getting is good, they are going to “fix this” ASAP.

Too late, this entire article including comments below is now preserved and will post tomorrow in it’s full glory on this web site so you can just save it as a Jpeg tomorrow. That way the black hole of censorship won’t suck this one beyond the event horizon.