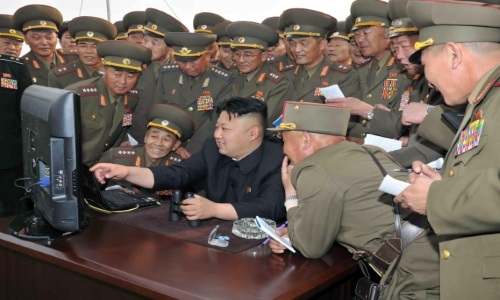 Over the weekend, following reports that China has banned all North Korean coal imports which marked a troubling escalation in relations between the two formerly "amicable" nations in the aftermath of last week's North Korean ballistic missile launch, we noted that the move not only led to Kim Jong-Un potentially losing a "very big ally", but that it could also result in jeopady for his regime, and a potential political coup in the dictatorship.

Now, it appears that the likelihood of a regime collapse in North Korea is being taken seriously by none other than the country's formerly largest trading partner, China, which as SCMP reports, will take the “necessary measures” to safeguard national security in the event of the collapse of the neighbouring North Korean regime, a defence official said on Thursday. The recent assassination of North Korean leader Kim Jong-un’s half-brother Kim Jong-nam has sparked renewed concerns over the stability of Pyongyang and the possibility of a collapse of the reclusive regime.

Information coming available indicates the half-brother was killed by elements within the North Korean Military to "end the Kim dynasty once Kim Jung Un . . . . is gone."   This is leading intelligence agencies to believe an actual military coup may be in the works because the actions of Kim Jung Un have brought hunger and poverty to the nation — again. 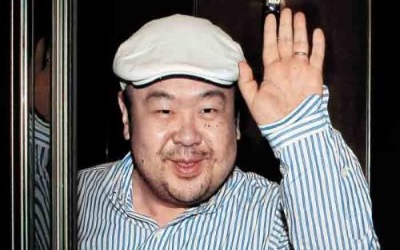 Beijing – long seen as the guarantor of Pyongyang’s security – has stayed largely silent on the incident. However in the aftermath of the abrupt coal import suspension, Beijing was no longer able to avoid the topic.

Asked whether China had a contingency plan for a North Korean collapse, defense ministry spokesman Ren Guoqiang said Beijing has maintained its usual policy towards Pyongyang, and urged the “relevant parties to refrain from any actions that will escalate tensions”.

"We are resolute in safeguarding the peace and security of the Korean Peninsula, sticking to the objective of denuclearization and to resolving disputes through dialogue and consultation,”Ren said on Thursday. “The Chinese military will take the necessary measures, according to the need that arises in the security environment, to safeguard national security and sovereignty,” he said.

South Korea’s acting president, Hwang Kyo-ahn, said on Monday the deployment could not be delayed in the face of the growing nuclear missile threat from the North, despite Beijing’s hostility to the move, Reuters reported. Beijing has strongly protested deployment of THAAD, arguing that the system is not targeted to prevent an attack from North Korea, but could be used to spy on Chinese missile flight tests. Ren at the defence ministry yesterday reiterated China’s opposition to THAAD, saying China would “take all necessary measures to safeguard its national security and sovereignty”.

Meanwhile, in an inexplicable move, the WSJ reports that in a move that will only antagonise China, North Korea appeared to lash out at Beijing in a state-media commentary published on Thursday, in unusually pointed rhetoric from Pyongyang toward a powerful neighbor that it has long relied on for economic support.

In Thursday’s piece, North Korea even adopted a mocking tone, saying that the country is “styling itself a big power, is dancing to the tune of the U.S.” The KCNA statement also vowed that cutting its exports wouldn’t deter North Korea from developing its nuclear arsenal.

“It is utterly childish to think that the DPRK would not manufacture nuclear weapons and intercontinental ballistic rockets if a few penny of money is cut off,” the statement said.

The commentary, published by the state-controlled Korean Central News Agency, didn’t name China, but left little doubt about its target: “a neighboring country, which often claims itself to be a ‘friendly neighbor’.” In particular, the article lambasted China for playing down North Korea’s nuclear capabilities, and for curbing foreign trade—an apparent reference to China’s statement over the weekend that it would suspend coal imports from North Korea for the rest of the year.

North Korea remains heavily reliant on its larger neighbor for trade, while China sees North Korea as a buffer against South Korea and Japan, both U.S. allies. But Beijing’s patience wore thin after Pyongyang conducted a series of nuclear and ballistic-missile tests last year, prompting China to back fresh United Nations sanctions in November that target North Korea’s coal exports. According to the KCNA report, the unnamed country “has unhesitatingly taken inhumane steps such as totally blocking foreign trade related to the improvement of people’s living standard under the plea of the U.N. ‘resolutions on sanctions’ devoid of legal ground.”

While an early round of U.N. sanctions restricted coal imports from North Korea, China is widely believed to have used a so-called humanitarian exception to exceed that cap. That loophole was removed in last November’s U.N. resolution, and North Korea’s protest against China suggests that Beijing has made clear it intends to adhere to the new rule, said Adam Cathcart, a scholar who focuses on China-North Korea relations at the University of Leeds in the U.K.

“I would take this editorial as hard evidence that China has told North Korea it is narrowing the definition of coal exports for ‘humanitarian purposes,’” Mr. Cathcart said, adding that it was exceedingly rare for North Korea to criticize China so directly. Mr. Cathcart called the KCNA editorial “a frontal assault on China’s position on the U.N. sanctions issue,” a shift from the oblique critiques of China that North Korea usually turns to when it expresses its displeasure.

North Korea’s apparent anger at the Chinese comes as Pyongyang has escalated a diplomatic row with another friendly nation in Asia, Malaysia, after authorities in Kuala Lumpur identified a North Korean embassy official and a state-owned airline employee among seven suspects still at large in the killing of dictator Kim Jong Un’s half brother. North Korea has denied its involvement in last week’s public slaying of Kim Jong Nam. Malaysian authorities have refused to turn over the corpse to North Korea, as the embassy there has demanded, instead conducting its own autopsies—a move decried by North Korea as part of a broader conspiracy engineered by South Korea and the U.S.

Just hours before its broadside against China, KCNA published a report blaming Malaysia for an “undisguised encroachment upon the sovereignty of the DPRK,” referring to North Korea by the acronym for its formal name, the Democratic People’s Republic of Korea.  “The biggest responsibility for his death rests with the government of Malaysia as the citizen of the DPRK died in its land,” KCNA reported, quoting a group called the Korean Jurists Committee.

While it remains unclear if there are political pressures mounting on Kim Jong-Un from within (or externally), some have suggested that his reaction to a potential military coup could be terminal, and irrational, potentially resulting in ballistic missile launches at close neighbors, with potentially dire consequences.

How to craft a plan to survive even when times become challenging. Here, Cain explains simple military science to help you survive at home. You will need to use simple equipment and substances available at home.
– How to distinguish clean water and food from ones that have been contaminated after an attack. This keeps the family safe and free of diseases that may be caused by contaminated food or water.
– Besides teaching people how to survive when the latter days comes, individuals can use the eBook as a handbook for survival during war times. 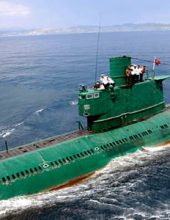