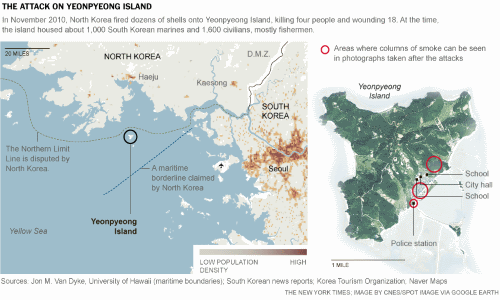 The Health Ranger analyzes the North Korean military threat to America, taking a closer look at the risk of World War III.

-North Korea is READY for a NUCLEAR missile test – says expert who visited weapons site
-North Korea will ‘continue to provoke nuclear war’ as Kim Jong-un’s secret tests unveiled
– Shocking new satellite photos show North Korea’s nuclear missiles are MORE powerful than world feared and could soon hit the US
-South Korea's Moon says 'high possibility' of conflict with North
-North Korea's closest major US city, Seattle, wants to plan for possible nuclear attack
-Trump would have just 10 minutes to decide what to do if North Korea fired a nuclear missile at the US mainland

The Effects of Nuclear Weapons

Nuclear explosions produce both immediate and delayed destructive effects. Blast, thermal radiation, and prompt ionizing radiation cause significant destruction within seconds or minutes of a nuclear detonation. The delayed effects, such as radioactive fallout and other environmental effects, inflict damage over an extended period ranging from hours to years.

The release of radiation is a phenomenon unique to nuclear explosions. There are several kinds of radiation emitted; these types include gamma, neutron, and ionizing radiation, and are emitted not only at the time of detonation (initial radiation) but also for long periods of time afterward (residual radiation).

Initial nuclear radiation is defined as the radiation that arrives during the first minute after an explosion, and is mostly gamma radiation and neutron radiation.

Though people close to ground zero may receive lethal doses of radiation, they are concurrently being killed by the blast wave and thermal pulse. In typical nuclear weapons, only a relatively small proportion of deaths and injuries result from initial radiation.

Approximately 85 percent of the energy of a nuclear weapon produces air blast (and shock), thermal energy (heat). The remaining 15 percent of the energy is released as various type of nuclear radiation. Of this, 5 percent constitutes the initial nuclear radiation, defined as that produced within a minute or so of the explosion, are mostly gamma rays and neutrons. The final 10 percent of the total fission energy represents that of the residual (or delayed) nuclear radiation, which is emitted over a period of time. This is largely due to the radioactivity of the fission products present in the weapon residues, or debris, and fallout after the explosion.

Long after the acute effects of radiation have subsided, radiation damage continues to produce a wide range of physical problems. These effects- including leukemia, cancer, and many others- appear two, three, even ten years later.

According to Japanese data, there was an increase in anemia among persons exposed to the bomb. In some cases, the decrease in white and red blood cells lasted for up to ten years after the bombing.

There was an increase in cataract rate of the survivors at Hiroshima and Nagasaki, who were partly shielded and suffered partial hair loss.

All ionizing radiation is carcinogenic, but some tumor types are more readily generated than others. A prevalent type is leukemia. The cancer incidence among survivors of Hiroshima and Nagasaki is significantly larger than that of the general population, and a significant correlation between exposure level and degree of incidence has been reported for thyroid cancer, breast cancer, lung cancer, and cancer of the salivary gland. Often a decade or more passes before radiation-caused malignancies appear.

Beginning in early 1946, scar tissue covering apparently healed burns began to swell and grow abnormally. Mounds of raised and twisted flesh, called keloids, were found in 50 to 60 percent of those burned by direct exposure to the heat rays within 1.2 miles of the hypocenter. Keloids are believed to be related to the effects of radiation.

Electromagnetic pulse (EMP) is an electromagnetic wave similar to radio waves, which results from secondary reactions occurring when the nuclear gamma radiation is absorbed in the air or ground. It differs from the usual radio waves in two important ways. First, it creates much higher electric field strengths. Whereas a radio signal might produce a thousandth of a volt or less in a receiving antenna, an EMP pulse might produce thousands of volts. Secondly, it is a single pulse of energy that disappears completely in a small fraction of a second. In this sense, it is rather similar to the electrical signal from lightning, but the rise in voltage is typically a hundred times faster. This means that most equipment designed to protect electrical facilities from lightning works too slowly to be effective against EMP.

There is no evidence that EMP is a physical threat to humans. However, electrical or electronic systems, particularly those connected to long wires such as power lines or antennas, can undergo damage. There could be actual physical damage to an electrical component or a temporary disruption of operation.

An attacker might detonate a few weapons at high altitudes in an effort to destroy or damage the communications and electric power systems. It can be expected that EMP would cause massive disruption for an indeterminable period, and would cause huge economic damages.