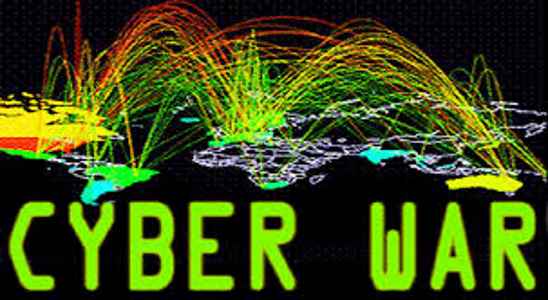 In the first half, cyber technology expert Charles R. Smith discussed some of the alarming trends of cyber warfare and attacks, and how the US is ill-equipped to do battle with criminals, terrorists and malevolent governments bent on destruction. Various groups like ISIS and the Russian mafia are trying to create their own cadre of hackers to breach into systems. Part of the problem is that the US government and intelligence agencies may intentionally reduce people's security so that they can retain the ability to monitor people's communications. Simple encryption programs or keys can increase the security level of individuals and companies' communications and data storage.

RELATED : Intelligence Insider Reveals Framework Of the Next World War: “This is How You Have to Think About Escalation and End Games”

Disturbingly, it's been demonstrated that computer systems of some electric cars and hybrids can be hacked into– with the steering, braking, and acceleration taken over remotely, "and the movement towards driverless vehicles makes it even easier for someone to get in," he cautioned. It's also quite possible that we may see hacking involved in aerospace. One hacker demonstrated that he was able to use the internal wireless network of an airliner and access cockpit control functions, he reported. Power grid systems and facilities are also vulnerable– the US itself, employed the Stuxnet virus to damage Iran's nuclear facility for enriching uranium, Smith cited, adding that this kind of attack might be used against us. For more, check out Smith's Halloween/horror themed video that depicts various cyber maladies.

RELATED : Resource Strategist Warns of New Russian Threat: “It Would Be the Greatest Blackout in American History”
In the latter half, paranormal communicator and ghost tour guide Chris Bores talked about his investigations which he says take ghost hunting to a deeper level through his interactions with spirits. He approaches his communications by combining elements of psychology, and concepts from the Tibetan Book of the Dead, and the Egyptian Book of the Dead, posing yes or no questions to spirits at haunted locations and evaluating spikes and changes in specialized equipment and meters to determine their responses. Bores has concluded there are different types of spirits who haven't moved on– those with unfinished business, and others who are confused about their state, and don't really understand they're dead.

RELATED : Report: Could North Korea Launch An EMP Attack Against the United States In October?
He described his investigation of the haunted St. Augustine Lighthouse, and their interactions with a spirit girl named Eliza, who indicated there are rules to the afterlife, and certain things they aren't supposed to reveal to the living. Bores suggested that the 'Hungry Ghost' realm as presented in the Tibetan Book of the Dead connects with what he's seen in many spirits, who seem to still crave earthly experiences. For instance, the spirit called Jackie on the haunted Queen Mary is said to be drawn to the attention of ghosthunters, and their frequent visits to the ship are probably not helping her move on, he surmised.