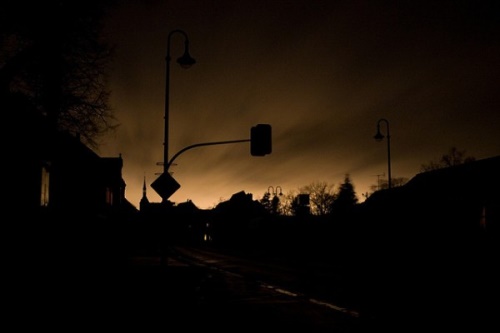 Amid tensions between the United States and Russia in recent months many international analysts have warned of consequences that may include everything from thermo-nuclear detonations to asymmetric warfare such as financial cyber attacks, weapons of mass destruction, or targeting of the national utility grid.

The Obama administration has already begun implementing sanctions against Russian politicians and business interests, but rather than leading to a compromise the controversial geo-political maneuvers may be further fueling the fire. According to Marin Katusa, Chief Resource Strategist at Casey Research, Russia’s control of valuable domestic resources puts them in a unique strategic position against the United States and gives them significant leverage should they choose to implement sanctions of their own.  The country is rich in oil and gas, an advantage they have used time and again in negotiations with Europe by simply threatening to shut down gas pipelines if their demands weren’t met. But something most people don’t realize is that the Russians also dominate the rare earth metals sector, namely the mining of uranium.

If Russia were to restrict the export of that uranium, explains Katusa, life as we know it in the United States could come to an abrupt halt.

If that happened America’s lights would go out. It would be the greatest blackout in American history…

The irony is John Kerry is going out there with Obama and talking about all these sanctions they’re going to put on the Russians. If the Russians wanted they could pull the rug out from under the American energy matrix and 20%, one out of every five homes in America, would be in blackout.

You have to remember the facts… You can talk about hope and dreams all you want, but the reality is that one in every five homes in America is powered by Russian fuel.

In the following must listen interview with Future Money Trends, Marin Katusa delves into the facts behind America’s dependence not just on foreign oil, but uranium and other resources, and explains the repercussions should Russia choose to literally “pull the plug” on the United States.

In 2013 America consumed just over 45 million pounds [of uranium] and in the U.S. last year they produced just under 4.4 million pounds. So, depending on which numbers you want to use and what the actual recoveries are, somewhere confidently less than 10% but more likely somewhere around 6% to 7% [of the uranium Americans use is mined in the United States].

The U.S. imports over 90% of what they consume and that is a strategic issue when you think about the fact that 20% of base-load power is based on nuclear energy and they depend on 90% from imports… Americans should be in shock with that. On of that, half comes from the former USSR, what I call the Soviet influence.

Ironically, what people do forget is that the Russians produced more uranium on American soil than all the American companies combined, so that’s alarming.

For years the Obama administration, as well as their predecessors, have surrendered America’s energy independence to foreign interests. Americans are already familiar with the economic effects of oil embargos such as the one that lead to the 1973 crisis that quadrupled oil prices. Most recently, as tensions in the middle east rose in 2008, the price of gas rose nearly 40% in a single year and threatened America’s domestic strategic oil reserves.

Since the end of the cold war we’ve experienced a relatively stable trade relationship with Russia up until a few months ago when Ukraine exploded in revolution. Now Americans face a new energy threat that could, should Russia choose to exercise this option, lead to rolling blackouts across the United States and cause electricity prices to sky rocket almost overnight.

It’s a threat that doesn’t seem to be on anyone’s radar, but one that could have an immediate impact on Americans’ way of life if Vladimir Putin decides he’s had enough of the political showmanship.