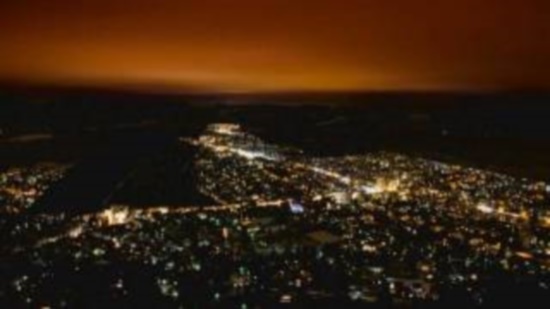 In 1139 A.D. the Catholic Saint Malachy was said to have experienced visions during a trip to Rome. He subsequently put these visions to paper and penned a document containing 112 short phrases purporting to describe all future popes that would head the Catholic Church. Though not a part of official Catholic dogma or church teachings, this Prophecy of the Popes is well known by Vatican officials and church scholars because it has been remarkably accurate about naming the last 111 heads of one of the world’s oldest and most widespread religions.

According to researchers, theologians and evangelical scholars, the phrases Malachy scribed in his writings offer up the “nature, name, destiny or coat of arms” of every pope in succession and culminate with the naming of the 112th pope.

This morning, Pope Benedict XVI announced he would be retiring. Jokingly referred to as “God’s Rottweiler” in some circles, the German born 111th Pontiff as described in Malachy’s prophecy is called the Gloria Olivae, or ”glory of the olive,” which some supporters of the prophecy suggest is a reference to the Benedictine Order of monks from whom Benedict got his namesake. The monks are also known as the Olivetans, and are represented by an olive branch, leaving many to believe that Saint Malachy was, once again, right.

Now, according to prophecy, the 112th Pope will step up to head the Church, and he will be named Petrus Romanus, or Peter the Roman.

Whether you’re Catholic, Christian or not a religious person at all, the fact that a 900 year old prophecy is coming to a close is intriguing. And one way or the other, whether its predictions turn out to be true or not, the prophecy concludes with the next Pope.

Eerily, the prophecy describes the Catholic Church’s last Pontiff as overseeing a new era, and one that will be met with great difficulty and destruction:

“Who will pasture his sheep in many tribulations and when these things are finished, the city of seven hills will be destroyed, and the terrible or fearsome judge will judge his people.

Within the Book of Revelation, also known as The Apocalypse of John, are references to the destruction of the City of Seven Hills (Rome) and to the many trials that will be faced by mankind ahead of the final judgement – the rapture, the rise of the anti-christ, seven years of tribulations, and the end of days.

Suffice it to say, if the prophecy is accurate, then the world will soon be engulfed in a battle between good and evil.

The idea by some Catholics that the next pope on St. Malachy’s list heralds the beginning of “great apostasy” followed by “great tribulation” sets the stage for the imminent unfolding of apocalyptic events, something many non-Catholics agree with. This will give rise to the false prophet, who according to the book of Revelation leads the world’s religious communities into embracing a political leader known as Antichrist.

Throughout history, many Catholic priests—some deceased now—have been surprisingly outspoken on what they have seen as this inevitable danger rising from within the ranks of Catholicism as a result of secret satanic “Illuminati-Masonic” influences. These priests claim secret knowledge of an multinational power elite and occult hierarchy operating behind supranatural and global political machinations. Among this secret society are sinister false Catholic infiltrators who understand that, as the Roman Catholic Church represents one-sixth of the world’s population and over half of all Christians, it is indispensable for controlling future global elements in matters of church and state and the fulfillment of a diabolical plan called “Alta Vendita,” which assumes control of the papacy and helps the False Prophet deceive the world’s faithful (including Catholics) into worshipping Antichrist.

As stated by Dr. Michael Lake on the front cover of this unprecedented report, Catholic and evangelical scholars have dreaded this moment for centuries. Unfortunately – as you will discover in the next 90 days – time for avoiding Peter the Roman just ran out.

The prophecy begins in 1143 with the election of Pope Celestine II, who is described in Latin as “Ex caſtro Tiberis,” or “From a castle of the Tiber.” Celestine II was born in central Italy in a city that sits on the banks of the Tiber river.

Pope John Paul II is referred to as “De labore folis,” or “from the labour of the sun,” and is the only pope to have been born on the day of an eclipse and entombed on one as well.

There are scores of similar parallels between prophecy and pope, adding all the more credence to its legitimacy.

In its last prediction, though the prophecy refers to Petrus Romanus as the shepherd that will pasture his sheep, it may not necessarily mean the Pope will be on the side of the people, or even God. According to Thomas Horn, the author of Petrus Romanus: The Final Pope Is Here, the last pope is not the anti-christ, but he may well be the false prophet who ushers him in – a chilling thought for the billions of Catholics and Christians around the world:

The important fact is this. The very next Pope, following Pope Benedict the XVI who, according to a lot of news coming out of Rome right now – his days are numbered. He’s getting older, he’s getting feeble, he may retire…

The next Pope is the final one on a 900 year old prophecy.

So, imagine how historical this moment is with regard to end times bible prophecy.

By the way, the prophecy tells us that he will be the false prophet of biblical fame who will help give rise to the anti-christ.

Via: Prophecy in the News
Related: Author Thomas Horn with George Noory on Coast to Coast AM discusses the Prophecy

A Look at the St. Malachy Prophecy:

Whether coincidence, self fulfilling through the machinations of man, or otherworldly, Malachy’s writings have certainly held the attention of the highest levels at the Vatican for centuries, and perhaps even influenced its decisions.

Now, with Benedict the XVI stepping down, we enter its final phase, and we’ll soon learn how accurate it really is.