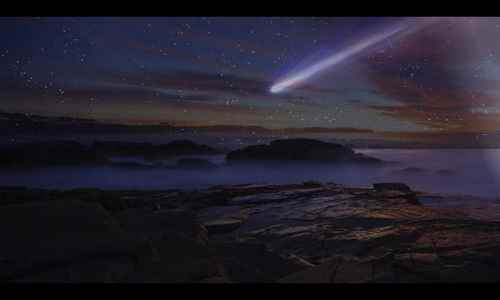 ASTEROID UPDATE! Australia Residents panic when gigantic 'meteor' was seen over Queensland skies. Witnesses described a 'huge ball of flame' shooting towards the Earth. Residents of Australia were left terrified after what is believed to be a meteor crashed into Queensland. Locals spotted the meteor which resulted in a huge flash of light that filled the night sky.
A huge fireball caused by a 'meteor' allegedly seen over earth panicked local residents in the Gladstone area of Queensland, Australia, according to reports on Monday (26 September).
Police reported receiving phone calls from people, who reported feeling tremors of an earthquake. However, the claim was dismissed by Geoscience Australia, while the Higgins Storm Chasing crew said that the "meteorite impacted somewhere offshore."
The weather watching group posted a description of the incident on Facebook. "The light was seen as far south as Hervey Bay and as far north as Yepoon with a tremor being felt upon impact over the general Gladstone area and Boyne Island."
Eyewitnesses described the phenomenon as a "ball of flame falling from the sky" and a "brilliant meteor flash overhead and disappear over the sea."


One man said he felt the explosion, which shook his house and reported seeing a very bright light, according to a report by the Mirror.
Sitting in his car, another spotted the strange object in the sky. "It looked like a shooting star and lit up the beach, then about a minute later there was a big band and a shock wave came over the water and shook my car a little bit," he said. "It was a pretty awesome experience."
Lanky Jones told the Courier Mail that the light was exceedingly bright. "It sounded a lot like a sonic boom, which would make sense if something was traveling too fast into the atmosphere," he said.
"I don't know what what it was, whether a meteorite or piece of space junk, I didn't feel the tremor but the sound suggests something came down to earth. It's definitely not something you see every day."

READ MORE : Electricity Fails in ALL of South Australia!


The largest meteorite crater discovered on Earth to date was found in Australia. It is believed that a giant asteroid hit the planet around 300 million years ago.
"Large impacts like these may have had a far more significant role in the Earth's evolution than previously thought," Dr Andrew Glikson of the Australian National University's School of Archaeology and Anthropology told Australian Geographic.
Is chicken little claiming, "THE SHY IS FALLING?" or was the predictions of a asteroid hitting the earth fulfilled? Is this just the beginning of what is to come? Many say yes. What do you think?

Dozens of people shared their experiences on social media with many describing a 'bright flash', loud 'booms' and their houses 'trembling'.

However, Geoscience Australia has stated that there was no quake, with weather forecasters Higgins Storm Chasing saying that,'It looks like a meteorite has impacted somewhere offshore from the general Gladstone area.'

Higgins Storm Chasing wrote on its Facebook: "A bright flash or light has been reported by hundreds of people, this light was seen as far South as Hervey Bay and as far North as Yeppoon with a tremor being felt upon impact over the general Gladstone area and Boyne Island."

A Harvard astrophysicist, Jonathan Powell, told the Gladstone Observer the bright light, boom and shaking was most likely caused by a meteor about a metre across, the biggest one in recent times.

Police received multiple calls from residents in the Gladstone area about 8:30 PM on Monday in what was initially believed to be an earthquake.

The video was shared by Ellie Thompson on the Higgins Storm Chasing Facebook page shows the bright flash of light captured by the surveillance footage outside her house. 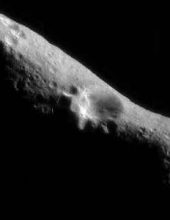