DoD Creating Virus-Fighting Viruses For Outbreak Emergency: Will “Evolve With Lethal Viruses As They Compete With Them” 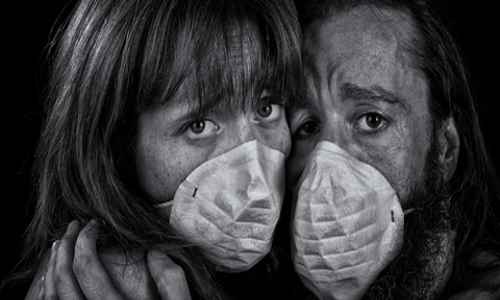 DoD Creating Virus-Fighting Viruses For Outbreak Emergency: Will “Evolve With Lethal Viruses As They Compete With Them”

The future of warfare is viral.

The U.S. military is now creating its own custom-made line of viruses that it hopes can be used to neutralize a deadly virus during an outbreak by out competing with it and reproducing enough times to overwhelm a strain like HIV, Zika or Ebola.

But early research also shows that the lab created, genetically-engineered “dud” viruses could interfere with DNA and trigger cancer, and unlike other therapeutics, will be evolving as it courses through.

For now, it’s future is still in the hands of military scientists. But the Department of Defense sees it as very promising.

A pair of brothers working in laboratories on opposite coasts of the U.S. are brewing a new approach to fighting viruses, one that’s drawn interest from the military for protection against the threat of infections such as Zika and Ebola.

The experimental treatment pursued by Ariel Weinberger, a Harvard University biologist, and Leor Weinberger, a virologist at the University of California at San Francisco-affiliated Gladstone Institutes, deploys a tweaked, safe version of a virus to overwhelm the form that invades and kills cells. While it’s very early — the approach has only been tested in test tubes and animals — the U.S. government is ready to invest in developing the idea and seeing whether similar mutants can protect against other diseases.

[…]
The brothers are studying bits of genetic material called therapeutic interfering particles, or TIPs […] the Weinbergers have received funding from the U.S. Defense Advanced Research Projects Agency for exploratory studies of TIPs,and in April DARPA issued a call for more proposals.

There is great promise for the research which hopes, in essence, to neutralize viruses, including those as complicated and thus far undefeated as the HIV virus:

These faulty viruses are the basis for the TIPs concept, which Leor Weinberger is using to battle HIV in laboratory dishes. The engineered virus hibernates in cells until the arrival of HIV, when the lethal virus stimulates TIPs to replicate alongside it. Because TIPs genes are shorter than HIV’s, they duplicate faster — 10 times faster, in the Weinbergers’ experiments. That allows TIPs to preemptively grab resources — in particular, the protein shells that allow HIV to leave the infected cell and find new hosts. As TIPs mutate, they may also continue to evolve along with the lethal viruses as they compete with them.

The brothers’ mathematical modeling suggests that if TIPs can outrace the growth of the normal virus, these benign particles will keep the disease under control. DARPA is looking at TIPs for a potentially speedy response to outbreaks like Ebola, which killed more than 11,300 people in West Africa between 2014 and 2016.

But with promise, also peril.

The weaponization cuts both ways, and with each new development, we are brought closer to coflict: there is quite possibly no avoiding it.

“We’re looking at a situation where it’s getting easier and easier for nefarious people or communities or countries to engineer their own viruses,” Jim Gimlett, a program director at DARPA, said by phone.

And the military admits that the engineered viruses will be mutating, and could “escape” into the real world.

As Jurassic Park taught us all, the potential for mutation is the potential for trouble. Life finds a way – and what is meant to be harmless and helpful in the fight against infection could, in fact, transform into something deadly in of itself.

For every promise of a cure to deadly disease, there is an increasing potential for new forms of biological warfare, and agents who are capable of acting on behalf many types of malevolent interests. Their cover stories of doing this research to solve the AIDS riddle and stop human suffering may not be telling the whole story.

READ MORE : Possible Epidemic? The Chikungunya Virus Is Starting To Spread In America

The Department of Defense has run scenarios on the potential death rate in the event that a major pandemic broke out – with the likelihood of something like H7N9 flu or worse infecting tens of millions of people, and killing as many as 2 million in the United States alone:

According to the government, their plans call for a minimum of 2 million dead and 5 million hospitalizations should a viruses such as the H7N9 flu strain or a respiratory coronavirus (MERS-CoV) mutate into a more deadly and contagious form.

According to a recently declassified report from the Department of Defense the threat is real and it could come at any time:

If a flu pandemic strikes, about 30 percent of the U.S. population could fall ill, with 3 million hospitalizations and 2 million deaths. Basic services, such as medical care or essential supply deliveries, will probably be disrupted.

There is a mad dash in the black world to hold the keys in silent war that could someday see the release of a deadly and spreading mutagen with total global contamination potential.

Crisis seems to loom in the hazy but not too distant future. 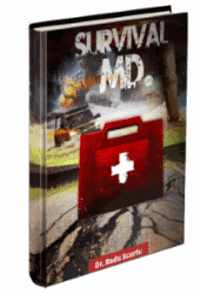 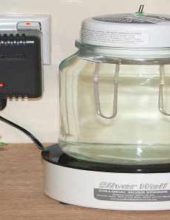 Now the Flu Pandemic of 2018 – Critical Outbreak of DEADLY Strain has already killed 27 in California – Beating the Winter Cold and Flu Season With Colloidal Silver ( you can make your own absolutely awesome, therapeutic-quality colloidal silver)