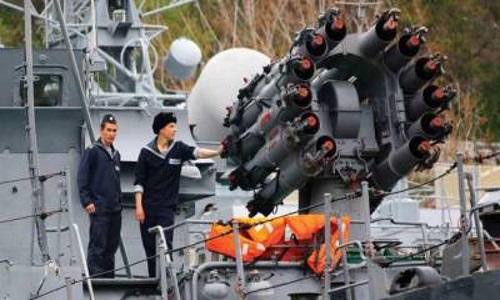 US largely defenseless to EMP Attack from North Korea

USA haven't been taking care of their reactors… with emp the reactors cannot cool itself = a lot of meltdowns.

So How Are These Large EMP Pulses Created?

ELECTROMAGNETIC pulse weapons capable of frying the electronics in civil airliners can be built using information and components available on the net, warn counterterrorism analysts.

All it would take to bring a plane down would be a single but highly energetic microwave radio pulse blasted from a device inside a plane, or on the ground and trained at an aircraft coming in to land.

Yael Shahar, director of the International Institute for Counter-Terrorism in Herzliya, Israel, and her colleagues have analysed electromagnetic weapons in development or used by military forces worldwide, and have discovered that there is low-cost equipment available online that can act in similar ways. “These will become more of a threat as the electromagnetic weapons technology matures,” she says.

For instance, the US and Russian military have developed electromagnetic pulse (EMP) warheads that create a radio-frequency shockwave. The radio pulse creates an electric field of many hundreds of thousands of volts per metre, which induces currents that burn out nearby electrical systems, such as microchips and car electronics.

Speculation persists that such “e-bombs” have been used in the Persian Gulf, and in Kosovo and Afghanistan – but this remains unconfirmed. But much of what the military is doing can be duplicated by others, Shahar says. “Once it is known that aircraft are vulnerable to particular types of disruption, it isn’t too much of a leap to build a device that can produce that sort of disruption. And much of this could be built from off-the-shelf components or dual-use technologies.”

The phenomenon is called Electro-Magnetic Pulse, or EMP for short. One way EMP’s can be created is during the detonation of a nuclear weapon.

During the initial energy release from a nuclear weapon a large electromagnetic field in the form of a “pulse” radiates outward. This pulse from the explosion will travel in a line of sight fashion. Any electrical wiring in the path of the pulse will burn out,

The nuclear explosion does not have to be very large to generate a dangerous EMP. At least dangerous for our computer friends, not so much for us.

Unlike the radiation released during the nuclear explosion, EMP is not particularly dangerous to people. Unless you have a pacemaker installed. But it will destroy unshielded computer systems.

Since EMP travels line of sight it can cover a very large area if the nuclear detonation occurs high in the atmosphere.

Most nuclear military weapons are not intended for high altitude detonations. This is because those detonations do little damage to the enemy and cause very little fallout. However, if one were detonated at high altitude the EMP would travel outward crossing everything in its line of sight.  Covering perhaps thousands of square miles.

Though the EMP magnitude diminishes with distance, it may still be strong enough at thousands of miles to fry most microelectronics.

This makes the nuclear EMP a near perfect weapon for a terrorist, rather than a conventional military force.

Here’s an interesting question. If you are a terrorist organization and could only lay your hands on one nuclear weapon. Would you want to blow up one city or detonate it high enough to wipe out the electrical systems for thousands of cities?

The basic concept is to generate a electromagnetic pulse in a coil surrounding a metal core using current from a capacitor bank.  While at the same time compressing the coil into the core using explosives.

There are really only 2 EMP preparedness options:

1# Plan for an Amish survival skills future. Plan to revert to an 1860 agrarian society with the sort of survival skills our great-great-grandparents knew. But, our society has forgotten.

2# Store a complete, disassembled home electrical power generation system inside very large Faraday Cages. Solar and wind are your best bet—since you won’t be able to get gasoline or natural gas. Everything electrical associated with these systems should be boxed in Faraday Cages.

EMP Preparedness is similar to most other emergency disaster preps in many ways. You need to have a large food stockpile, a water storage and replenishment plan, skills to constantly replenish your food stocks. Throw in some defense skills to protect your resources and some basic medical supplies.