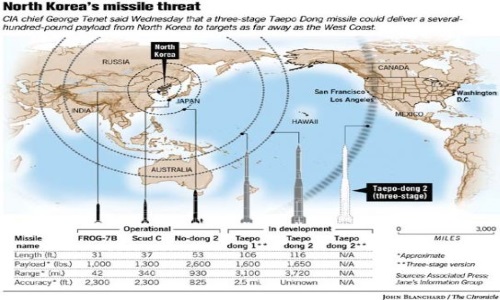 If you weren't paying attention to North Korea throughout 2016—a year when major nuclear powers like Russia, the US, the UK, and China were all competing for the geopolitical spotlight by doing crazy stuff—it was easy to forget that the hermit kingdom keeps on threatening to nuke its enemies.

TREASON: Now We Know How North Korea Got Their Nukes. This is Evil. North Korea has put us all in an uncomfortable place. We feel that conflict could happen any day. We would win, but it would be messy. Who is to blame for this situation?

In a shocking examination, it was discovered that Jimmy Carter and Bill Clinton actually set us up for this situation. They did some pretty atrocious things with North Korea, and seemingly, didn’t care about the consequences of their actions.

These two liberals set America up for failure from the start. Carter worked up a deal in Pyongyang with North Korea. The result of the deal was two reactors and five billion dollars in aid, all in return for a promise to quit seeking nukes.

WE GAVE THEM TWO NUCLEAR REACTORS AND 5 BILLION DOLLARS AND SAID “DON’T BUILD NUKES!” Stunned by stupidity is the only way to describe this agreement. OF COURSE, they were going to go right back to building nukes with their two new reactors, and more money than any of us have ever seen in our lives.

Bill Clinton embraced this idea with arms wide open. He claimed that this achievement would form “an end to the threat of nuclear proliferation on the Korean Peninsula.” Really, Clinton?

This story proves another point that we should all take into consideration. They gave ANOTHER COUNTRY $5 billion dollars. We have people starving to death in our country already. Veterans are sick, homeless, and not getting the respect and admiration that they deserve.

We could have taken care of ALL of the current veterans with that $5 billion dollars. Instead, we gave it away to a dangerous dictator as if it were Monopoly money.
These former “leaders” need to admit that what they did put us in this situation. We know the mainstream media will never mention it. In fact, Carter won a Nobel Peace Prize for coming up with the North Korean agreement. Sad!

Knowing this information, you have to wonder how much we DON’T know. How much money was given to them from previous presidents that we will never know about? How many times did we happily give them money to try and build something that would destroy us?

It is complete madness and needs to stop. Luckily, President Trump noticed the same things that we have. He is going to keep aid to other countries to a bare bones minimum. We need to step back and focus on OUR country, and OUR people. President Trump recently passed an executive order for our veterans, and this is already an amazing improvement from previous legislation what was there previously.

Now, veterans can view information about their VA hospitals online, such as wait times, allowing them to get treatment sooner, and best of all, the best doctors in the world are going to be there to help. This is already a shining example of how Trump is different from Bill Clinton, Carter, or ANY other president that has been in office.

Do you think Clinton and Carter will ever get charged with treason? Share this story on Facebook and let us know because we want to hear YOUR voice!

Experts Warn North Korea Nukes Can Beat THAAD, That System Is Too Far Away. "If it flies, it dies," Adm. Harry Harris told Congress on Wednesday, referring to the US's ability to knock down whatever missiles North Korea could throw their way.

But according to an expert, the same cannot be said of ground-based missile defenses.

Harris, the commander of US Pacific Command, said it should be operational within days.

The US has successfully tested THAAD 12 times, but never used it in actual combat, which can play out much differently than controlled tests. "Things that work well at home on the test range don't always go as smoothly when deployed," Jonathan McDowell, an astrophysicist at the Harvard-Smithsonian Center for Astrophysics, told the Associated Press.