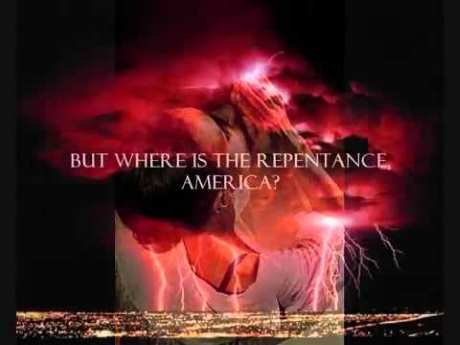 And I will punish the world for their evil, and the wicked for their iniquity; and I will cause the arrogancy of the proud to cease, and will lay low the haughtiness of the terrible. Isaiah 13:11

God doesn’t normally speak to us in an audible voice. Instead, He can speak to us in our thoughts through the Holy Spirit, visions, dreams, other people, and more. However, one way that we can see all throughout the Bible in which God speaks is through signs, such as earthquakes.  In fact, in the Bible, earthquakes were a huge sign of God’s judgment and righteous anger.

Those of us who know the Bible and understand what it says in relation to the end times are well aware that this world is in hot water.  More recently, in the past century, the United States of America has slowly but surely wandered down a path of spiritual fornication and blasphemy like never before.

For me, the question is definitly not “IF”…but “WHEN?”  Those of us who follow Bible prophecy and research are positive it will happen soon. How soon? I don’t know. Many are saying great things will happen this year, 2015.  I tend to agree, however, am hesitant to put a date on things.  Going by the news and what is happening on a prophetic, biblical level, I would have to say that some tragic things will unfold this year.

One thing I am certain of—we all must repent and get right with God. No matter when the ‘end of this age’ arrives, whether today, tomorrow, or a year from now—we’re all just one heartbeat away from our last.  It is time to get serious.

FEMA is being pretty open and in your face about their intentions, and too many people are having dreams (or nightmares, rather) and visions about the New Madrid, and most of them are pretty much the same.  Furthermore, according to experts, the New Madrid is way overdue for some action.

Is This Our Final Warning? A GREAT & MIGHTY SHAKING IS COMING! URGENT Shemitah & Blood Moon Update!

Is the USA Prepping For Mass Death and Hysteria? This Shocking Find Might Be A Clue!

The next video is about all the ZONES…not just the New Madrid. This one is VERY informative and a must see!

Alarming New Information-USA About To Shake and Bake-Experts Warning To Prepare!

Had we warned you of this (September 11) in advance, would you have believed the watchmen? I think we know the answer to that—no! Everyone would have said we were crazy or liars!  But it DID happen and worse than this is coming, soon!