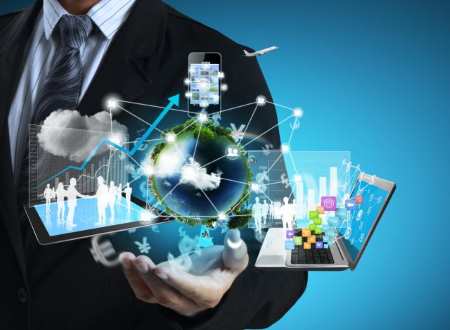 1 Timothy 4:1-3 Now the Spirit expressly says that in latter times some will depart from the faith, giving heed to deceiving spirits and doctrines of demons, 2 speaking lies in hypocrisy, having their own conscience seared with a hot iron, 3 forbidding to marry, and commanding to abstain from foods which God created to be received with thanksgiving by those who believe and know the truth.

I remember the days when you could talk on the phone, go to the store, take a walk and more and felt safe, secure, and totally at peace.  What happened to those days?

Well, technology increased and with it, the excitement! The Compaq was one of the first personal computers to come out. At that time, there was no such thing as Windows, ‘User Friendly’, Computer Viruses, Spam, Internet (at least, not available to the general public), Cell Phone, Smart Phone, iPhone or ‘i’ anything…and there was no such thing as a Smart TV.  There was, however, Car Phones, Pong and Atari (the video game system—and it was a blast!)  Do you remember those days? 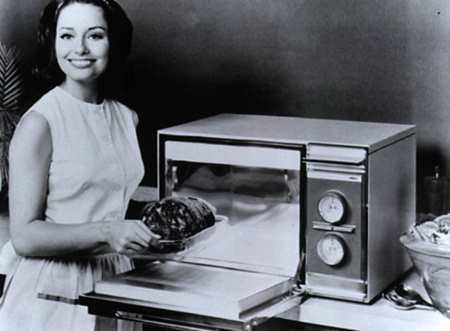 Do you remember the first microwave?

Every time my dad upgraded to a new pc, my brother was given his newest of the old, and then I was given the one my brother had. I recall sitting in my bedroom with computer magazines learning DOS and writing silly little programs that made objects dance about the screen and so on.

Daniel 12:4 4 “But you, Daniel, shut up the words, and seal the book until the time of the end; many shall run to and fro, and knowledge shall increase.” 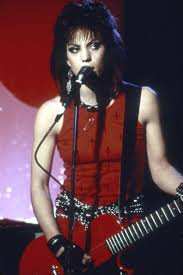 But what happened?  The eighties were the good times, the party times—the time when everyone was spending money and didn’t have a care in the world.  In the late seventies and early eighties, disco was huge, and ABBA rocked on with songs such as, ‘Dancing Queen’, while DEVO punked out with ‘Peek-A-Boo’ and Burning Down the House. Shortly thereafter, the group Queen jammed to ‘Another One Bites the Dust’. 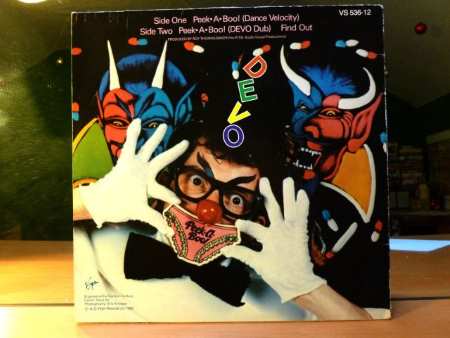 DEVO (Album Cover) A picture speaks a thousand words, does it not?

Curling irons, hairspray and BIG hair were hot, as were the growing amounts of hair bands like Bon Jovi, Loverboy and Van Halen. Among the female artists were Joan Jett, Sheena Easton, and Pat Benatar.

Shows such as the Jefferson’s, Mel’s Diner, Different Strokes, and Three’s Company (where men and women living together outside of wedlock was introduced) quickly drowned out the old (some very old) but still popular Leave It To Beaver, I Dream of Jeanie, Bewitched, Brady Bunch, and Hogan’s Heroes. 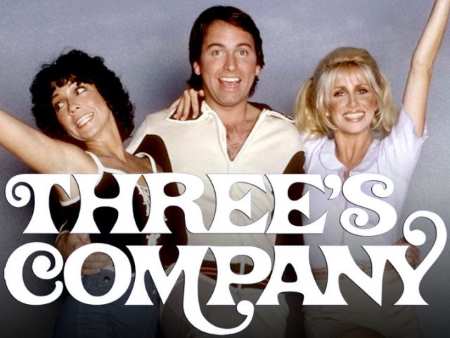 As Technology grew, entertainment grew, and people’s hearts grew fonder of what the world had to offer—decaying us morally, and desensitizing us slowly. It was all good. What could possibly be bad with newer shows and newer entertainment? Sure, they were a little ‘less’ moral and displayed ‘slightly’ controversial scenarios than what had been. People whined and cried about it, but the show went on…the music went on…and the pc world busted at the seems.

So here we are, generations later, glancing back at how things slowly but surely happened.  But we must remember, with the good comes the bad.  Now we have things on television, (radio, music, movies, computers, at the store, on magazine covers, at work, etc.) that, back in the eighties even, we would never imagine.  The computer world and entertainment industry have, in a sense, become the sewage pipeline from hell. And, many of us have become used to it, excusing it as no big deal, or stating simply that the ’times change’, and more.  Our minds have been numbed by the outright, blatant forwardness and sexuality of the entertainment industry while the news, social media, and YouTubes of the internet and television world have caused us to become sluggish, and, for the most part, unaffected by crime, murder, child abuse, terrorism, abortion, rape, pedophilia, and gross acts carried out toward people and children such as torture, murder, and beheadings.

But what does all this have to do with anything? What’s the point?

All of these things have led us to a much larger picture. They have taken us to the threshold of acceptance of what is coming—the New World Order government system and, the rise of the Antichrist.

We are dead, numbed, dulled, too busy to care (we do live in an ‘hurry up, I want it right now’ society, after all), too stressed out in our own lives to concern ourselves with everyone elses, very dependent upon our technology to where we don’t know how to live without it, and lacking in compassion toward others.  After all, it is every man  (woman and child…) for themselves in this day, is it not? 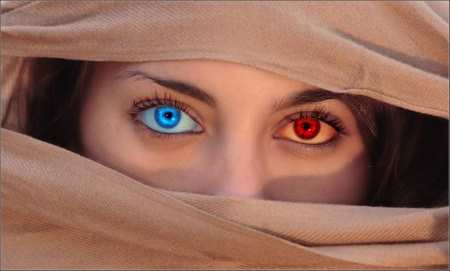 (ABOVE VIDEO—Important Footage After Short Intro)

And now we are eating right out of the government’s hands while the technology creators and developers are literally gorging themselves on our wallets. Where does it end? I’ll tell you! It ends with Uncle Sam (better, the BIG-O) having everything they need in order to control the world on a global level and succeed with their plans of a one world government system.  It ends with society being corrupt, disbelieving of biblical truths, having no foundation of godliness in their lives, and the uprooting of the family and the church.

For those of you who are awake and have not been fooled by all of these things (and then some) be at peace. The Bible warned us that these things MUST happen in order that prophecy will be fulfilled so God can judge all unrighteousness.  They cursed, laughed and mocked Noah as he prepared his ark for the coming calamity, and they will continue cursing, hating, and persecuting you.  Take heed, the end is near and the tree is ripe—God is pruning as we speak. Don’t be caught up in the world, don’t live like the world, and do not fall prey to the system! Just as all sin and unrighteousness will be judged, so shall we.  Be clean and spotlessly white—Jesus is on His way! 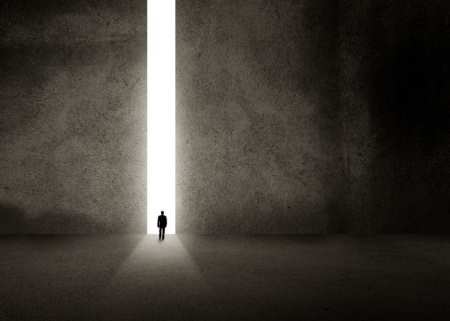