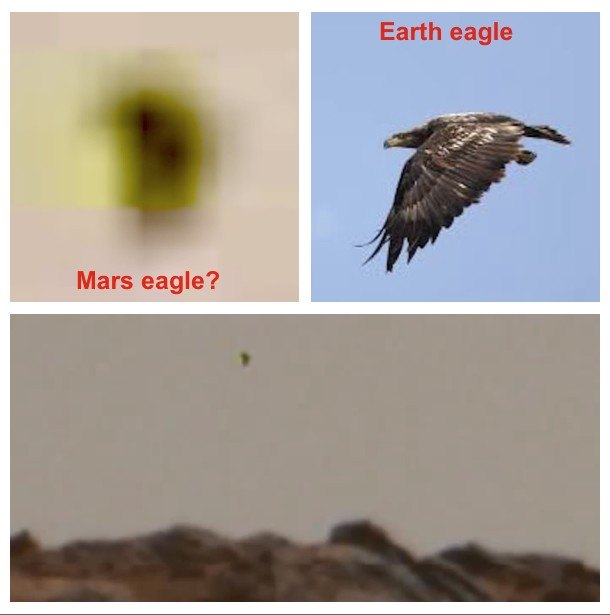 An unidentified flying object (UFO) was caught in a NASA photo and not just any photo but the Billion Pixel View of Mars taken by Curiosity rover. Streetcap1 of Youtube detected and reported on it.

This objects looks to have a head in front on the left side and long wings bent down below it, causing it to appear much like eagles on Earth. If life is on Mars, we can assume there are many kind including predators that hunt from the air. This very well could be an eagle or even an alien craft…but we need a close up of the object with a better focus. It looks like a billion pixels still has a lot of things out of focus…is it NASA or is it something else?” says Scott Warring, author of UFO Sightings Daily.