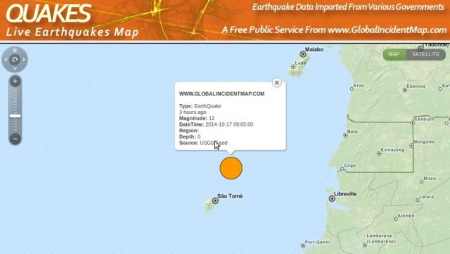 Hawk: Why Was 12.0 Quake Censored Off Coast Of Ebola-Stricken West Africa?

In the brand new videos below from Hawk’s radio show, Hawk shares with us his latest information from a deep background source on Ebola being flown into America and asks WHY a 12.0 magnitude quake off of the West Coast of Africa is now being censored. Was this 12.0 an attempt to trigger a tsunami upon the Ebola-ridden nations, to finish the job that Ebola hasn’t yet been able to do, or was this some sort of a ‘glitch’? You can check out screenshots of the ‘event’ below videos…you can see, the 12.0 came in DIRECTLY from the USGS feed!!!

Are ISIS ‘agents of terror’ bringing Ebola into America now as suggested by Hawk, in order to lead to Barack Obama declaring nationwide ‘medical martial law’? Is there any way this can be stopped now? Hawk gets into the 12.0 censored quake shortly after the 12 minute mark of the 1st video below, shortly after warning us we better be prepared for what’s coming. 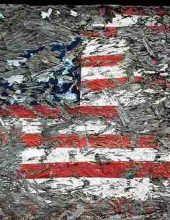 Brand New Karen Hudes! End Of The Dollar System – Treason Within US Military – What’s Coming Next?