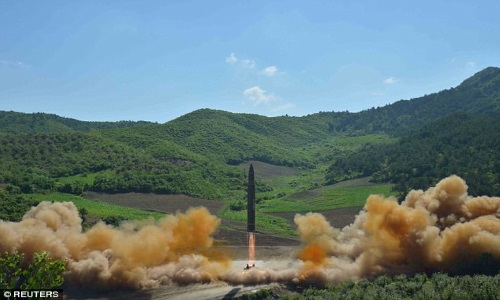 Early on July 4, North Korea test-launched a missile which their Leader, Kim Jung Un, called "a present for the American Bastards."  All mass-media dutifully reported the launch; but they ALL omitted a key element in their reportage: Tuesday morning's missile test reached a height of 2,802 kilometers (1,741 miles),  the highest altitude a North Korean missile had ever reached.  It also crossed a classified threshold for the ability to strike globally.  Worse, North Korea says their technology for atmospheric re-entry of a warheadhas now been verified.

Many of you know that from 1993 through 2008, I worked with the FBI, with my final five years (2003-2008) with the Joint Terrorism Task Force (JTTF). Federal court transcripts prove that Assistant Special Agent in Charge, Amy Pickett, who was the third highest-ranking member of the FBI in New York City testified under oath that I handled National Security, Terrorism and ***Foreign Counter-Intelligence***.

I have many former colleagues in FBI and other alphabet agencies who reveal important information to me and it was my work in Foreign Counter-Intelligence that allowed me to be in-the-know on many matters of international scope.  I worked very closely with the Clandestine Services  and forged many trusted friendships with those brave people.

Through these contacts, I can now confirm that North Korea has the ability to launch a missile which can deliver a warhead ANYWHERE in the ENTIRE United States.

You see, building a missile and launching it is not a big deal.  Launching a missile and getting it to strike the target you want, is a big deal.  A lot goes into proper targeting and it takes considerable resources and technology to make sure the missile hits NEAR where you want it to hit.

Launching a missile that can reach outer space is not a big deal.  Having one that can reach a certain altitudeinto space is a big deal; overcoming gravity to achieve orbit is technologically complex.  But once North Korea successfully launched two satellites and achieved stable orbit, they crossed a major threshold.

The final two thresholds North Korea needed to achieve were:

With Tuesday's test, North Korea demonstrated it has achieved those two goals.

The absolute final obstacle for North Korea is to be able to steer a warhead that has been put into space, so that it re-enters earth's atmosphere at a time, place and angle to deliver the warhead to the target.  This last step is almost easy compared to the other obstacles.

With Tuesday's missile launch, North Korea has physically demonstrated it can now deliver a warhead anywhere on earth.  ANYWHERE!

While the US mass-media is saying that Hawaii and "parts of Alaska" can now be hit, they are either not aware that ANYWHERE in the US can be hit, or they are concealing this fact.  But my former colleagues in the FBI and in other agencies have confirmed directly to me, that the United States is now in actual danger of a North Korean Missile strike.  There is no doubt anymore.

Perhaps that is why President Trump interrupted his Independence Day celebration to contact the United Nations Secretary General and invoke and Emergency Meeting of the UN Security Council.  Trump did that Tuesday afternoon.

"This action . . . constitutes a dangerous escalation of the situation. . ."

Think about that statement for a moment.  If this is simply a missile test, why would the TOP guy at the UN publicly describe it as a "dangerous escalation?"

And get this:  Both China and Russia have publicly slammed North Korea over the test. 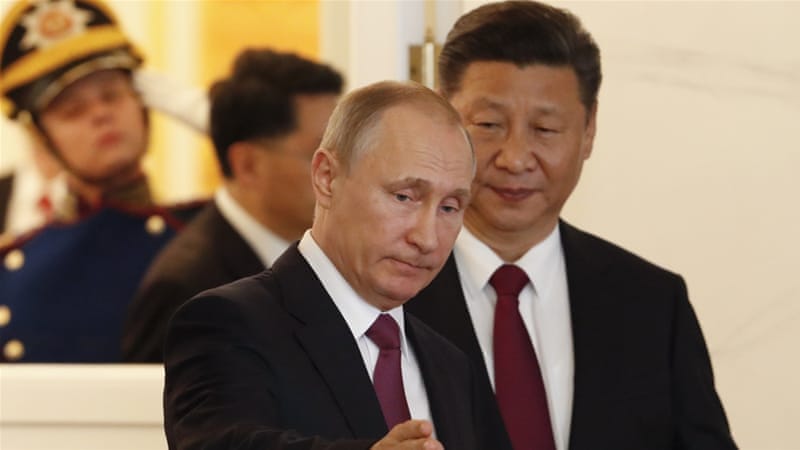 This is a remarkable thing to take place since both China and Russia border North Korea and have the closest Diplomatic relations with the North Koreans.

So China and Russia both understand exactly what has taken place, and they also both know the US is not going to simply sit-idly-by and allow this to go on.

Another incident Tuesday shows how monumental this situation is; The US and South Korea fired short and Intermediate-range missiles into the sea off the Korean Peninsula in a "show of force."  This showed the North Koreans that the equipment exists to strike deep into North Korean territory and do so at a moments notice.

My colleagues inside government made explicitly clear that THIS SHOW OF FORCE WAS NOT SCHEDULED.

Yes, you read that correctly — NOT scheduled. They put it together with no notice and fired very sophisticated and acutely accurate missiles into the sea.

No one does that for kicks.  No one launches missiles on "no notice" or makes a "show of force" to an enemy country.

This is a very much more dangerous situation than the government or the media is letting on.  In fact, it is so dangerous that the Chinese Foreign Minister issued a dire warning saying:

Ladies and gentlemen, Diplomats do not use this kind of language.  THAT is how serious the situation is right now!  You can read my other coverage of the Foreign Ministry's remarks HERE.

And Tillerson says that’s a new escalation of the threat posed to the United States and the world by North Korea.

His statement provided the first confirmation of the U.S. conclusion that the missile was an ICBM.

The U.S. military’s initial assessment was that North Korea fired an intermediate-range missile.

The spokesman said the meeting of the 15-member council was likely to be scheduled for Wednesday.

Folks, we now have a REAL problem.  And it is highly likely that we will go to war over this problem.

The fact that the U.S. has asked for a CLOSED DOOR meeting is the signal.  We are going to lay out thetechnical data so as to PROVE to the UN that North Korea now poses a threat not only to the US, but to every other nation on earth.  Moreover, in this CLOSED DOOR meeting, the US will announce our intention to mount a military attack.

Whether that war ends up involving Russia and/or China is not known.  But if the Chinese and Russians get involved, then the three Super Powers of this planet will be at war and that will not leave us unaffected here in the US.

We would be hit, here, in America.  And hit badly.

I earnestly hope you have emergency food, water and fuel stashed away; an emergency electrical source (generator or solar) and emergency communications gear (CB or HAM Radio) to communicate with your family members if disaster strikes.  You may need it a lot sooner than any of us ever imagined.(source) 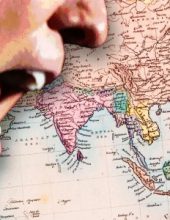