MAJOR News! Scientists Discover a Brand New Ocean and Your Jaw Will Hit The Floor When You Find Out Where! Does This Prove Noah’s Flood? 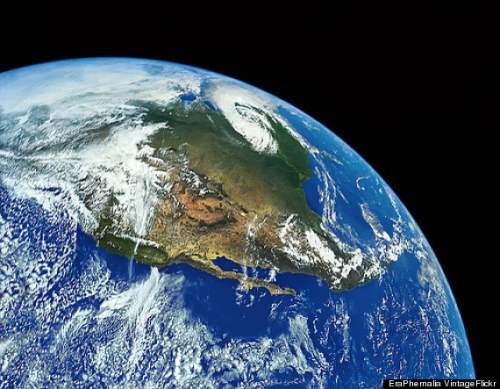 If the Atlantic, Pacific, Indian, Arctic, and the recent addition of the South Antarctic Ocean weren’t enough for you, how about adding another? One that is hidden hundreds of miles beneath out planet’s surface…

A recent study reveals that a hidden “ocean” lies in the Earth’s mantle some 400 miles beneath North America. This reservoir contains blue crystalline mineral called ringwoodite and likely holds three times as much water than all the oceans combined.

Does this fulfill the Bible Scripture about Noah’s Flood and the great deep’s breaking forth?

“In the six hundredth year of Noah’s life, in the second month, the seventeenth day of the month, the same day were all the fountains of the great deep broken up.” Genesis 7:11

“For this they willfully forget: that by the word of God the heavens were of old, and the earth standing out of water and in the water,” 2 Peter 3:5

I do believe it does….