Malaysia Airlines flight #MH17, a Boeing 777 is shot down on 17/7/14 apparently after being built 17 years ago.  Perhaps this speech in the video above, this occult message was an order given to whomever by her to shoot this plane down as maybe a sacrifice or a false flag to further their goals?   If you dont understand the connection watch the video first then you will get it.  It also had 295 people on board.  2+9+5 = 16 1+6 = 7. 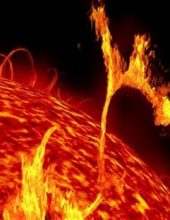