Patriotic ICE Agents Frustrated, Forced To Violate Their Oaths to Keep Their Jobs 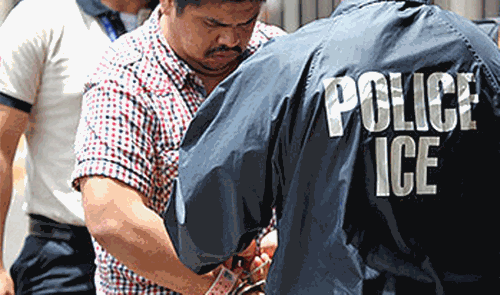 A contact of mine who works for Immigration and Customs Enforcement, ICE, recently contacted me, asking me to help him tell his story. He expressed his concerns as well as those of his fellow agents are becoming overwhelming and that the public needs to know what is going on. Not the least troubling to him is the fact that agents are required on a daily basis to violate their oaths. That is something which my contact takes very seriously and is very disturbed by. For obvious reasons, he has chosen to remain anonymous and the photo in this article is not of him.

In addition to the security concerns, he says there is massive and rampant waste, saying, as bad as the things we know about are, the things we don’t know are even worse.

His regular assignment isn’t on the southern border, or any border for that matter. In many ways the location makes little difference, he says. The problem exists in every state nationwide, including his in the liberal northeast.

He describes how the job he used to love is now absolutely “horrible.” Full planeloads of illegals are dumped in their laps every week, with all of the diseases that go along with them. Rather than deport them, which, as a deportation officer, is a major component of his job description, the illegals are coddled and provided for.

They are seen by asylum officers, but regardless of their recommendations a judge still makes a ruling in every case. Those judges invariably rule that the illegals be released, he says. The agents are frustrated that they put their lives on the line every day, with nothing coming as a result. They feel they on their own, fighting an unsupported, losing battle.

Many of the agents are now being temporarily reassigned to “babysitting duty” in Artesia NM, Texas and other locations, sometimes with as little as two days’ notice. They work six day weeks, in 45 day blocs, receiving overtime pay and per diem. Add that to the travel expenses and we are paying an extremely high price for the socialist Democrats’ new illegal voters.

Artesia NM has been converted to an illegal alien induction center. It used to be a training facility, but that was when immigration law meant something. It’s all about getting illegals safely into the shadows now. 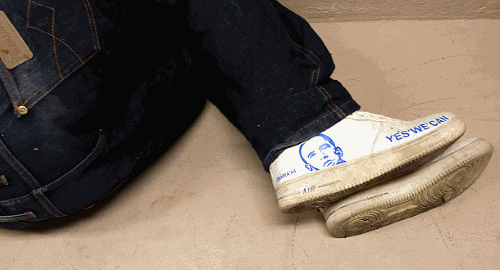 My contact told me he noticed things started to go downhill about the time Obama’s aunt, Zeituni Onyango, got arrested for being an illegal alien. There must be something about the Obama’s and immigration law that just doesn’t mix. The law started being overlooked and a trend towards automatic parole and non-prosecution seemed to develop.

He says that even permanent residents who were guilty of serious crimes, including drug dealers, gang members and child abusers, were and still are routinely given relief.

It is agency policy not to arrest any illegals unless they have a criminal history. Even those who have previously been deported are being released under the new Obama guidelines.

He spoke of two of his fellow agents, who are assigned to Atesia, who recently informed him that at that particular location, the agents have been instructed not to use the word “alien.”  They must now refer to the illegals as “customers.” They’re non-paying customers at that.

He spoke of another agent who, on the first day of mandatory relocation to Artesia, was given a credit card and a mission; buy diapers and other sanitary supplies. He hasn’t done much enforcement or anything else since.

In the communities from which the officers have been relocated another problem has developed. Nobody has taken the place of the reassigned agents. What enforcement work the regime still permits is just simply not being done.

He relates how once the illegals are released into the U.S. population, they immediately start applying for every welfare, assistance and entitlement program they can qualify for. The claims that they don’t qualify, at least in his community, are untrue. WIC and other agencies don’t verify citizenship. As usual, they say it’s about the children, so Americans pay up.

He also mentioned the threat of disease, including a chicken pox outbreak and verified that reports of scabies, head lice, TB and Swine Flu are all accurate.

He touched upon the granting of automatic Prosecutorial Discretion and a backlogged court calendar that extends into 2016 as additional frustrations to their enforcement efforts.

His recommendation, which he claims to share with many of his colleagues, is a return to the rule of law. He also feels the position of Asylum Officer is dysfunctional and should be eliminated, with more immigration judges hired in their place.

He reports that the moral within ICE and the Border Patrol is at the lowest it’s ever been.

These brave patriots want to serve their country, they want to protect it. To do so they need the support of those in positions of power and leadership. They cannot do it on their own.