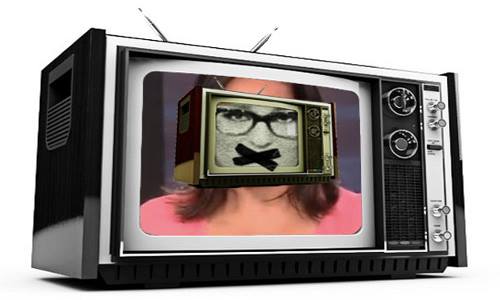 Breaking news, did you notice there have been no crisis actor mass shootings sucking up all the news attention over the past several weeks? And not even one major ISIS psyop front-page story? Like Ebola in 2014 and the recent Zika virus failed psyop, these stories have conveniently gone away, at least for now, and perhaps only for a short while while the media focuses on the election campaigns.

ISIS, often portrayed by Western media as the most powerful, most evasive, most mobile and most versatile military fighting force ever to step foot on planet earth is apparently so good at what they do that they even know how to be respectful of U.S. politics and events.

And the mass shooters of the world, who always seem to schedule their shootings on days that the U.S. federal agents have simultaneous “drills”, also seem very respectful of the U.S. political race. All the fake Adam Lanzas of the world and the San Bernardino-style ethnic couples who magically morph themselves from “3 white tall males” in military gear back to their natural selves seem to know that scheduling a mass shooting would be disruptive of other big events like scheduled presidential debates and key campaign races.

Do you know anyone on the edge of reality versus fiction, slowly becoming aware of what’s happening? Do you know someone finally discerning the difference between the mainstream media-Hollywood 2-dimensional reality versus the full-dimensional organic reality often covered by independent news? Then show them that it’s not just the staged politically driven “news” stories that they need to be aware of, it’s also the politically convenient deliberate emphasis on certain stories while conveniently and deliberately flipping the off switch for other stories. Show them that we are seeing a grand example of this convenient selection of stories right now during the election campaign script.

In the tale that mainstream media is telling us right now, it’s “election year” and the left-right paradigm election campaign puppet show is underway where the candidates get to exchange juicy attacks and people are pulled into the drama deciding who to vote for. The controllers obviously feel that the races deserve their time and space; and from their perspective it wouldn’t be very helpful to have a pack of disruptive mass shootings, false flags, and massive staged events in the way of their political campaign shows.

Beware, however, of political campaign momentum pauses, these could be showered with “new” strategically convenient events any day now. The point of all this is that there IS a timing and placement for these stories. And we should all be aware of this timing because it’s happening before our very eyes right now.

In a year guaranteed to be packed with staged events the timing of these “events” are very important to watch. We all saw how perfect the timing of the Paris shootings was coordinated with the G-20 Summit meeting in Turkey and the U.N. Climate Convention in Paris. A shooting “event” that once again a key witness, like the lead singer of the heavy metal band that was there, says the event was preceded by security acting withsuspicious foreknowledge. Oops, did I say that? I forget that the “key witness” completely changed his mind about what he saw for himself in real-time the day it was all happening just 48 hours later.

I’ve said it many times. We are now living in a staged reality and we have to keep our brains active and continue exercising our intuition and awareness as we see the daily flow of stories that are all intended to be deceptive and artificial 2-dimensional clips, images and soundbites for your mind. There is so little left by way of organic spontaneity that if we don’t regularly analyze the flow of mainstream information and test it for the element of “natural flow” we risk falling for their psychological operations.

New psyops on the rise

Please take note. Look at what the mainstream writers are saying about truth and freedom loving “conspiracy theorists”. I want readers to take careful note of comments being regularly posted by online trolls and government shills. Notice one of the new terms being frequently used is “disinformation”. Yes, articles and videos produced by longstanding truth seekers and researchers exposing the control system’s psyops are now labeled “disinformation” by online trolls, a word we would normally use to describe their lies. (think Jade Helm AI please)

Many truth seekers themselves may not be noticing how the trolls are getting exponentially more aggressive trying to sound like the “new” truth seekers who are humbly and sincerely believing mainstream media “honest” and “spontaneous” news. (Not kidding)

Often truth seekers don’t notice this because they don’t take these trolls seriously or are immune to online trolls; but it is always fascinating, not to mention important, to gauge exactly the nature of their attacks.

That said, think of 2016 as a script and ask yourself – what part of the script are we living out right now and why? We find ourselves in a game ofwhat will happen next? Normally that would not be a healthy way to live your life but anyone paying attention probably knows there is no other way to live a healthy life than to be fully aware of the control system’s agenda designed to conquer humanity first, before carrying on with personal goals, solutions and accomplishments. Likewise, one cannot focus ONLY on the problems without seeking and applying solutions and strategies to solve the problem.

So it’s awareness and truth first, THEN focus on solutions and goals. I believe this is the model for everyone to live by. To deliberately tune out the truth and awareness of the problems of our world today in order to focus on your own little world, while it may be necessary for that individual, I believe it is an ignorant and potentially dangerous suggestion for the masses to follow given the nature and potential of the enemy who is oppressing humanity.

Naturally the question then is – what should we be on the lookout for, moving forward in 2016? None of us know with 100 percent certainty exactly what the controllers have planned next, but based on the narratives they have been pushing the last few months and looking at the 2016 schedule, I see that many writers especially in alternative media are suggesting an inevitable financial collapse is coming. Though we have been hearing this for years, it’s hard to argue with this prediction. A collapse could give the Obama administration the continuation of government (COG) they need to keep the White House longer.

We are also teetering on the start of WW3 in Syria, a battle many argue has already begun and in many ways I personally agree. The rhetoric being ratcheted up against Russia, China, Iran and North Korea makes it very clear that the West is pushing for a WW3 scenario perhaps out of frustration and desperation stemming from a rush to get their new world order done and/or from all of their ISIS failures and their failures to outright invade Syria.

What About the Next Event?

I believe the next or one of the next big staged crisis actor shooting “events” will take place in a hospital. There have been many signs and clues, in my opinion, pointing to a hospital-based shooting where they will be able to entirely control all the “evidence” with the usual convenient 2-dimensional photos, short video clips and “testimonies” from the “witnesses”.

Think about it, a hospital setting for a crisis actor event could be a dream come true for those running the event and wishing to “control” the “dis-information” like Lt Paul Vance at Sandy Hook. They will claim the need to maintain “patient privacy” as the reason for not showing you the evidence. Unlike Sandy Hook – where there was no evidence whatsoever of anyone being medically attended to and therefore no genuine doctor, nurse, paramedic or other rescue worker stories of heroic CPR, surgery or transfusions – in the hospital-based staged event they will be able to insert many of these images and “evidence” into the story. They will probably be able to videotape ahead of time an entire CPR event or surgical event as “proof” for future Sandy Hook-style crisis actor family victims lawsuits. (think money $$!) It’s pathetic, absurd and even frightening that we have to anticipate such scenarios in the future, but unfortunately it’s the artificial reality world we now live in.

Keep in mind, according to documents revealed about Jade Helm last year (in 2015) we are all subjects in a mass sociological A.I. experiment whose goal is to master the human domain. Don’t think for a minute the A.I. software is not gauging the pros and cons of different future false flag scenarios.

Advice – When trying to guess what’s coming up in the year, always work your way backwards. Figure out what their agenda is first, then fill in the blank. We know the controllers need to keep pushing for their world government ruled by the West, so we can expect more secret trade agreements and continued push for draconian carbon tax legislation forcing new punishments on individuals and nation states that don’t comply. Did you think they were pushing Al Gore’s global warming hoax all these years for nothing?

We can also expect industries like the vaccine industry to keep pushing scenarios they will use to fund legislation for mandatory vaccination. 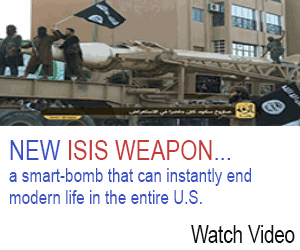 ISIS is one of their most precious wild cards that they are able to use in many different ways to push almost any agenda. Did anyone notice ISIS was mentioned this weekend in the context of promoting “birth control“? Yes, the ISIS political tool has literally no limits. Stories like these are a reminder that they are eager and waiting to INSERT ISIS into any of this year’s upcoming staged events.

Want to stay informed on what events are coming next? It’s probably a good idea to stay informed of key U.N., Senate and Congressional votes coming up. For example let’s keep an eye for Senators who are pushing Congress to pass legislation for authorization of unlimited military force (AUMF) against ISIS. Likely as this gets closer we can expect ISIS to resurface in a major way Paris-shooting style. Where they will stage this “ISIS” event while ISIS is being destroyed by Russia in the real world is anyone’s guess.

Let’s get better at predicting and anticipating their events by gauging and tracking the timing of their events. There is a method to their madness. All we need to do is disconnect from their 2-dimensional artificial mainstream media reality and stay tuned to the real world. If you agree and understand please share this message. 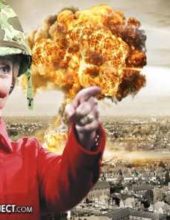