MEN WITH GUNS SPOTTED IN CA DESERT: TERRORISTS, GUN ENTHUSIASTS, OR SOMETHING ELSE? 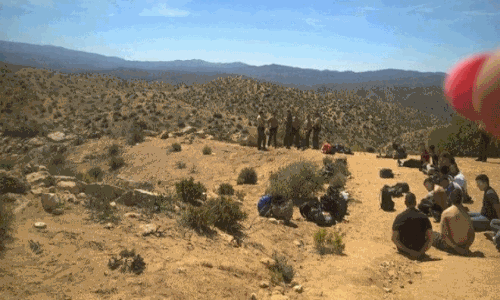 On Sunday, police were called to investigate a group of “campers” in California. The men were detained and questioned by local police and FBI. No crime was committed, police said, yet the FBI hinted at investigating further.

A 911 call to the Victor Valley Sheriff’s Station reported that “100 shots were heard and 5 to 7 subjects wearing turbans were seen in the area shooting assault rifles, handguns, and shotguns.”

The incident occurred in the area of Deep Creek Hot Springs in the Mojave Desert in San Bernardino County, California. The men were also heard “chanting,” according to news reports.

According to a police report, a sheriff’s helicopter arrived and located a group of 17 men who were walking away from the creek carrying backpacks and other items. Deputies from Apple Valley, Hesperia, and Victorville Police Stations also responded to the call. 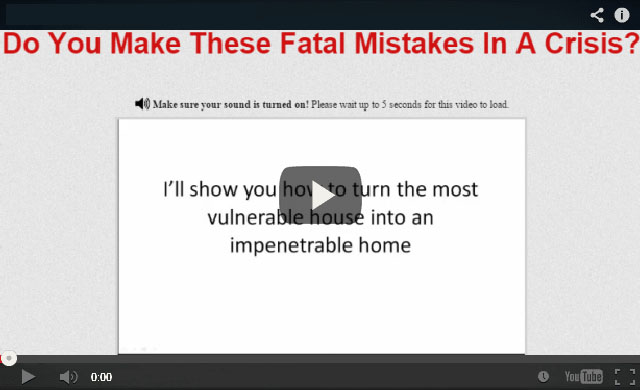 From the police report:

Shortly after deputies arrived to the area the subjects were detained and searched. Several handguns, a rifle, and a shotgun were found during a search of the backpacks and bedding the subjects had been carrying. The subjects were very cooperative and were interviewed. A local FBI agent responded to assist with interviews. A records check of the subjects, their weapons, and their vehicles was completed. The records check revealed none of the subjects had a criminal history or outstanding warrants, the weapons were registered with the Department of Justice except for the rifle, and the vehicles were also registered.

READ : Gun Grabbers Don’t Get It. When The “Economy Falls Apart, Crime Increases.” That’s Why You Need Guns.

Several hikers were contacted, but none of them witnessed the guns being fired. There was no evidence found that a crime had been committed by any of the subjects who were detained and they were released.

On Monday, San Bernardino County Sheriff’s Department spokeswoman Jodi Miller said none of the men “interviewed yesterday were identified as terrorists,”according to the Los Angeles Times. The men were cooperative with the deputies, Miller said.

Speaking of the Los Angeles Times coverage, one commenter posted the following:

Has anyone seen this? It was put up on twitter and imgur and all taken down. Its pictures text messages from someone who was there camping describing what was happening. Link

If you follow that link, it takes you to a cached version of a page that has since been deleted by…someone.

The link to that Imugr page includes text messages that are allegedly from a witness to the incident, and includes photos of the “campers,” including this one (and the one at the top of this article): 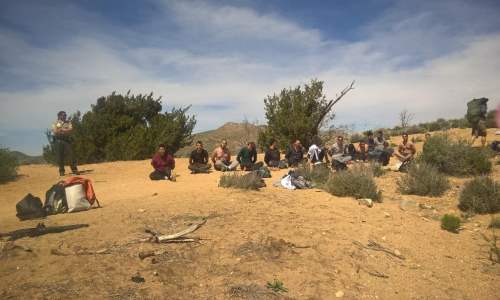 Here’s a larger version of the photo at the beginning of this article: 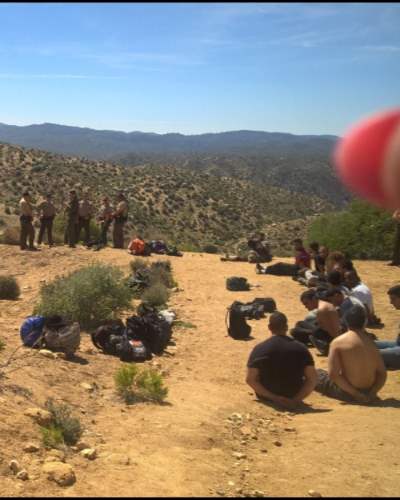 Could this have simply been a bunch of men on a camping trip who were attempting to exercise their Second Amendment rights?

Or, could it have been some kind of training exercise?

As of now, no additional information has been released or reported, but watch for mainstream media spin…some may present this as “evidence” that more strict gun control laws are needed, while others may say it is reason to increase anti-terrorism measures. Both agendas could end in the same result: less liberty for those of us who mind our own business and own firearms.

Lily Dane is a staff writer for The Daily Sheeple. Her goal is to help people to “Wake the Flock Up!” 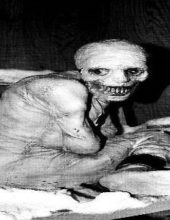 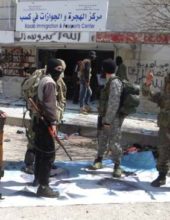