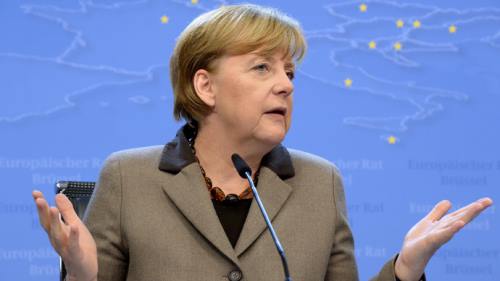 The West has not yet reached a stage where it will be ready to impose economic sanctions on Russia, German Chancellor Angela Merkel said, stressing that she hopes for a political solution to the stalemate over Ukraine crisis.

The chancellor said she is “not interested in escalation” of tensions with Russia, speaking after Wednesday meeting with the South Korean president in Berlin.

“On the contrary, I am working on de-escalation of the situation,” she added, as cited by Itar-Tass.

Merkel believes that the West “has not reached a stage that implies the imposition of economic sanctions” against Russia, advocated by US President Barack Obama. “And I hope we will be able to avoid it,” she said.

Berlin is very much dependent on economic ties with Russia with bilateral trade volume equaling to some 76 billion euros in 2013. Further around 6,000 German firms and over 300,000 jobs are dependent on Russian partners with the overall investment volume of 20 billion euros.

Germany is currently the European Union’s biggest exporter to Russia. German car manufacturing companies are likely to suffer first if sanctions against Russia become more substantial, as about half of German exports to Russia are vehicles and machinery.

Volkswagen, BMW, and lorry maker MAN all have Russian operations, with VW willing to inject another €1.8 billion in its Eastern European segment by 2018, the Local reports. Opel, a German car maker which sold over 80,000 cars in Russia in 2013, last week said that the company was “already feeling the stresses and strains from the changing course of the ruble,” Karl-Thomas Neumann, boss of car makers Opel, told Automobilwoche magazine. 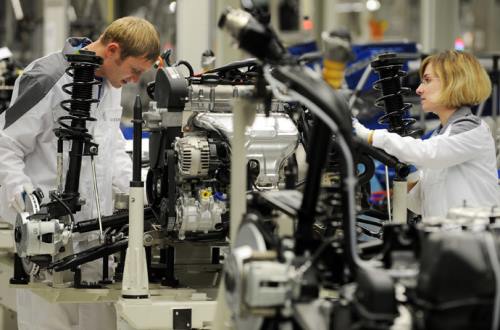 On the retail side, German Metro stores wanted to take its Russian subsidiary public this year, but the plan is now imperiled, Der Spiegel reported.

Earlier this month Germany's KfW development bank canceled a contract with Russia's VEB bank worth €900 million in investment initiatives for mid-sized companies. Under the deal Germans were to have invested €200 million in Russia.

In addition, Germany is heavily dependent on Russian energy with around 35 percent of its natural gas imports coming from Russia.

“At present, the investors’ worries are connected with the consequences of sanctions. We see ratings agencies lower the outlook on Russia’s ratings. It certainly puts us on alert. There are no basic grounds for changing the general stability of Russia’s economy,” Siluanov told Russia-24 TV channel.

Yet Siluanov defended Russia's economy and trustworthiness saying that foreign investors hope that the any sanctions against Moscow are temporary.

“The measures that were taken regarding certain persons and companies have their effect. The general mood around Russia has become nervous. But we have good conditions for business,” he said, adding that “neither Western companies nor Russia need the sanctions.”