RELATED : Michio Kaku-Mega-Quake Would Destroy Big Portion Of Pacific Northwest – First Warning
But then I stumbled upon the spacesuit ice sublimators.Being in either the vacuum of orbit or the vacuum of the moon, heat transfer is a difficult engineering challenge.There's nothing cool to conduct heat to, there's no atmosphere so there's nothing to convect heat to and a radiator would be huge and ungainly so NASA describes the clever and exotic technique of using nickel porous plate ice sublimators to explain how heat was allegedly transferred from the spacesuits and the Lunar Modules(LM).

A primary closed loop of water circulates around the heat source, either a human body or the LM, through a nickel porous plate heat exchanger.The secondary side of the heat exchanger is open to the vacuum of space through many small poresm Water passes into the heat exchanger, receives the heat of the closed primary loop and then, because it's exposed to vacuum, phase changes from liquid to ice and sublimates into space transferring heat with it.Very neat and ingenious.Naturally, I wanted to learn more.What does a spacesuit sublimator look like? Specifications? Procedures? Video of one being tested?Photographs?Technical discussions in heat transfer or thermodynamics books? I searched. Strangely and absurdly, I found almost nothing.I received almost nothing.
RELATED : Michio Kaku – Yellowstone Will Devastate America
I got stonewalled when I appealed for information. Absurdly, there were no photographs.Absurdly, there was no video of spacesuits with ice sublimators being tested. Most absurdly, there was no information in any academic-level heat transfer or thermodynamics books. Absurdly, the alleged manufacturer, Hamilton Sunstrand of United Technologies would only release very elementary information.Absurdly, NASA's Johnson Space Center refused to provide video or photos and stonewalled me instead. Absurdly, the Rice University Department of Mechanical Engineering, most closely associated with Houston's Johnson Space Center refused to comment.Absurdly, my Congressional representatives in two states, California's and Washington's Feinstein, Boxer, Cantwell, Murray, Capps and Hastings,stonewalled me also when I requested their assistance acquiring accountability from NASA.

RELATED : Earth will only have 12-hour warning to deal with massive Sun explosion

But voila!The good news was that I had stumbled upon the way to PROVE whether the NASA space program was a hoax.NASA must publicly demonstrate,before independent witnesses, a spacesuit with ice sublimator cooling system in a high vacuum chamber on Earth duplicating environmental conditions of orbit.NASA refuses to be accountable.It's unacceptable.We can PROVE today on Earth if the NASA space program is a hoax.
RELATED : For preppers, it’s the ultimate end game: surviving the eruption of Yellowstone’s super volcano
Please demand NASA accountability from your respective Congressional representatives.As President Ronald Reagan said in his Farewell Address, "We the PEOPLE tell the government what to do; it doesn't tell us."Please tell them that you want to see a spacesuit with ice sublimator work in a vacuum chamber on Earth.Thank you."

The Truth Behind The Moon Landings

Americans have gone back and fourth on this subject almost as much as we do about the 9/11 terror attacks in 2001. I guess the question is if they did fake the moon landing, what was the reason. Was it to fire the Russians up? Was it to brain wash and captivate the American people? I guess only time will tell. Please leave comments. What do you think? 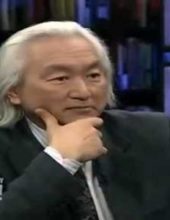