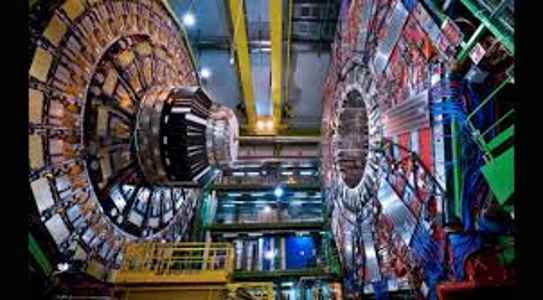 Anthony Patch is back with us to discuss more about what his research has been entailing. Everything from Saturn to synthetic DNA and the diamond quantum computer that will create the global lock down, and the habitation of demons on earth. All of this is tied to the image and mark of the beast. Also, look out for a longer conversation with Anthony Patch on Canary Cry Radio Podcast next wee.

Could CERN'S Large Hadron Collider (LHC) be the Key to the seventh seal? With many concerned about the possibilities of a Planet X, Nibiru, Nemesis or Planet 7x showing itself soon. Will it actually be CERN who usher in the END TIMES and the return of Jesus in our time? From the Egyptians to the Sumerian's to Adam and Eve in the Garden of Eden. The fallen one known as Lucifer is the one that has always and still wants to destroy mankind, and is pulling the strings of everything he can get his claws on, including the little creatures. Tom Horn and Steve Quayle on "Opening the gates of hell"
RELATED : “Looming Catastrophe from Diseased Rates”: Billionaire Icahn Warns of Danger Ahead
Repeating Patterns Mythology and history regularly coincide when the embellishing facade of the story is peeled away to expose the truth. This is not surprising since many myths have been handed down for thousands of years, with some perhaps dating back to the days of Noah or even before….it's still important to understand that many stories passed down as oral traditions are not as far fetched as they may seem on their surface. We've been conditioned by the various forces within our society to dismiss the notions that fail to uphold the various theories and beliefs that are in vogue. (And sadly, today many apply this attitude toward the Bible as well.) Consequently things like giants, which many of our ancestors believed in up until just a century ago (in part because they had access to proofs these creatures existed), are now scoffed at.

The truth is that much of what many today believe unlikely or impossible is in fact not only possible be most likely actually happened. The key point to remember is that a myth, legend, or fairy tale is not the same as a modern day fictional story that has been created from whole cloth. These ancient stories are generally built around a kernel of truth which a culture held important and sacred. They passed it down from one generation to the next, a wealth of knowledge to be preserved. Each story is a treasure chest of knowledge waiting for us to open.