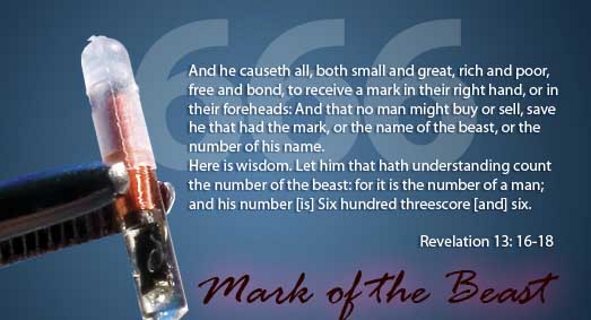 You can’t trust satanic governments, we all ready know that, but now you can’t even trust your doctor your dentist, and even your church pastors and ministers it would seem. It’s like the people we have learned over the years to trust and take care of us and our general well being, are now turning against us, in secret dealings with our satanic government’s, and therefore able to get more money from government assistance.

RELATED STORY : OBAMA’S MILITARY BEGINS IMPLANTING CYBERNETIC MICROCHIPS IN SOLDIER’S BRAINS TO TREAT PTSD
Of course, not every profession I have listed is involved with what I have said, but it is defiantly a sign of the times we are now living in, and every person that confesses that Jesus Christ is their lord and savior, needs to spiritually wake up, and start spreading the word to as many people as they can concerning the word of GOD and the perilous times we are now living in.
Psalm 118:8
It is better to take refuge in the LORD than to trust in man.
Daniel 7:25
'He will speak out against the Most High and wear down the saints of the Highest One, and he will intend to make alterations in times and in law; and they will be given into his hand for a time, times, and half a time.
Jeremiah 12:6
"For even your brothers and the household of your father, even they have dealt treacherously with you, even they have cried aloud after you do not believe them, although they may say nice things to you."

RELATED STORY : All Americans Will Receive A Microchip Implant In 2017 Per Obamacare
Matthew 10:21
"Brother will betray brother to death, and a father his child; and children will rise up against parents and cause them to be put to death
Luke 21:16
"But you will be betrayed even by parents and brothers and relatives and friends, and they will put some of you to death,
Micah 7:6
For son treats father contemptuously, Daughter rises up against her mother, Daughter-in-law against her mother-in-law; A man's enemies are the men of his own household.
Matthew 24:10
"At that time many will fall away and will betray one another and hate one another.

RELATED STORY : FEMA Admits They Are Up To Something Big-You Won’t Believe What They Are About To Do! Prophecy Experts Have Been Warning About This-Should We Be Listening? (Videos)

SHOCKING INFO on RFID Chip the 666 MARK OF THE BEAST?