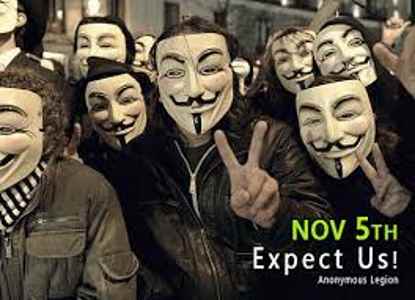 Protesters wearing Guy Fawkes masks to mark their support of the Anonymous hactivist movement are staging protests all around the world on Tuesday. The self-styled legion of activists is opposing corporate and government corruption. A Scotland Yard commander has described how police officers came under attack as the Million Mask march in central London descended into a “completely unacceptable” night of violence.

RELATED : Essential for understanding survival is understanding reality of death and dying
Cdr Ben-Julian Harrington, the officer in charge of policing protests in London, vowed to bring to justice the dozens of activists arrested for offences, including two for assaulting police officers.
He said: “Officers have been hospitalised, a police horse suffered injuries and a police car was criminally damaged during the course of the protest, which is completely unacceptable.

RELATED : 15 Tactics for Self Defense that Can Save Your Life
“I praise the professionalism and restraint that officers have shown in the face of hostile provocation and enabled the policing operation to pass without major incidents. We will bring those responsible for the criminality to face justice.”
Fifty people arrested after three police officers hospitalised during anti-capitalist march in central London that also saw photographer hit by supercar aston martin Three police officers are being treated in hospital after being injured during an anti-capitalist march in central London that saw protesters hurl fireworks and set a patrol car on fire.
Scotland Yard said at least 50 arrests were made, mainly for public order offences with two for assaulting a police officer, on Thursday night.

RELATED : Choosing a Home Defense Weapon
Secret Meeting in London to “End Cash” Thousands of protesters are expected to take to the streets today in over 670 cities across the world wearing Guy Fawkes masks, as part of the anti-establishment Million Mask March. The group have used the Guy Fawkes mask, made famous by the film and graphic novel V for Vendetta, since 2008 as a symbol of their anonymity and are infamous for using social media as a tool to vocalise their agenda. police brutality

RELATED : DOs and DON’Ts for Your Home Defense 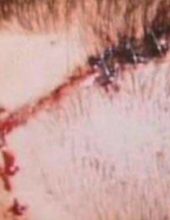 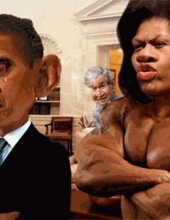