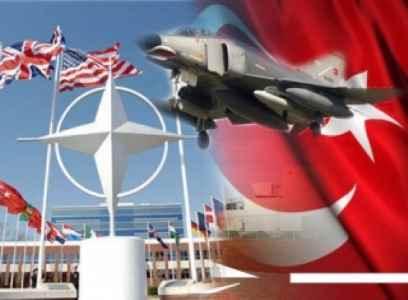 Literally for months, Turkey has been causing all sorts of trouble in the Middle East, and wielding its membership in NATO as a shield against reprisals.  Today, that nonsense ended.

"Ankara should not exaggerate its NATO resources: The alliance would not give any support of a Turkish aggression against Russia."  Those were the words of Luxembourg Foreign Minister Jean Asselborn, who made clear he spoke for several other NATO Member countries.

An example of Turkey's abuse of its NATO membership became crystal clear about five days ago, when Turkey began artillery shelling from 400 meters away from its border with Syria.  The Turks fired countless artillery shells into Syria, in support of Turkish-backed rebels who are trying to overthrow Syrian President Bashar Assad.

"They seem to think the US and NATO are obligated to fight for Turkey even if Turkey is the one who starts a war" said one US State Department Spokesman.  "That is not how the NATO Treaty works" he continued. Luxembourg Foreign Minister Jean Asselborn confirmed this when he said 'The mutual defense guarantee applies only if a Member State is attacked in a unique way.

Despite this clear warning, Turkey continues its artillery shelling of Syria.  Sadly, it looks like Turkey is headed for that "bloody nose" to teach it to behave.(source)

Could you survive after an war attack? Would you be able to sustain your loved ones when all hell brakes loose?In this video, I will unearth a long-forgotten secret that helped our ancestors survive famines, wars, economic crises, diseases, droughts, and anything else life threw at them… a secret that will help you do the same for your loved ones when America crumbles into the ground.I’m also going to share with you three old lessons that will ensure your children will be well fed when others are rummaging through garbage bins. Click here to learn all about the 3 skills that will help you thrive in any crises situation. 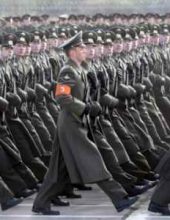