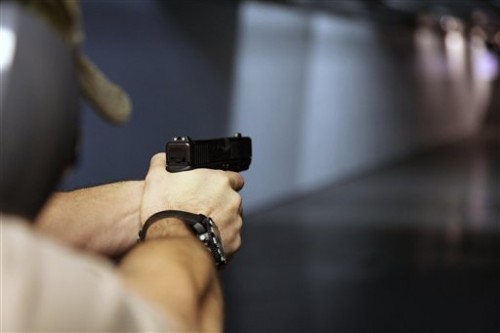 California must allow law-abiding citizens to carry concealed firearms in public, a federal appeals court ruled Thursday, striking down the core of the state’s permit system for handguns.

n a 2-1 decision, the Ninth U.S. Circuit Court of Appeals in San Francisco said San Diego County violates the Constitution’s Second Amendment by requiring residents to show “good cause” – and not merely the desire to protect themselves – to obtain a concealed-weapons permit.

State law requires applicants to demonstrate good cause, as well as good moral character, to carry concealed handguns, while leaving the permit process up to each city and county. The ruling, if it stands, would require local governments to issue permits to anyone who claims a need for self-protection.

“The right to bear arms includes the right to carry an operable firearm outside the home for the lawful purpose of self-defense,” said Judge Diarmuid O’Scannlain in the majority opinion.

He disagreed with federal appeals courts that have upheld similar laws in New York, New Jersey and Maryland, while endorsing an appellate court that struck down Illinois’ absolute ban on concealed weapons in public. The split among appellate circuits increases the prospect that the U.S. Supreme Court will take up the issue.

The high court ruled in 2008 that the Second Amendment protects the right to keep a handgun in the home for self-defense, but has not addressed its application to carrying weapons in public.

C.D. Michel, lawyer for the National Rifle and Pistol Foundation and individuals who challenged the San Diego County system, said sheriffs in many rural California counties already comply with the court’s standard by issuing gun permits to anyone who wants one for self-defense. But urban counties require evidence of a special need for a weapon, the requirement that the court invalidated, he said.

“The right to self-defense doesn’t end at your threshold,” Michel said.