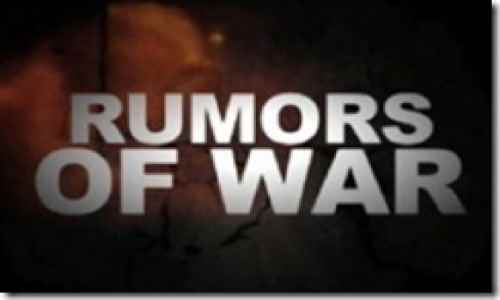 First it was Germany, last Saturday (20 Aug) which began warning its citizens to "stockpile 10 days worth of food & water."  One day later, the Czech Republic warned its citizens "prepare for the worst."  Now Finland is warning its citizens too . . . "stockpile large quantities of food and water, something bad is coming."  The warnings are being issued word-of-mouth throughout Finland, and being done very quietly but quickly.   Finland shares a 1300 mile border with Russia as shown below. 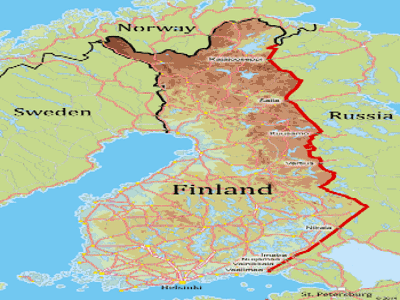 If these warnings were coming from some conspiracy web site, we could all laugh them off.  They're not.  These warnings are coming from official government entities in Europe and they come at a time when tensions are rising everywhere.

In eastern Europe, fighting inside Ukraine has reached a fevered pitch, with Russian-Separatists battling to "liberate" eastern Ukraine to become part of Russia.  Ukrainian Army troops are having a very tough time with these rebels, who are being supplied by Russia with the latest weapons, including tanks and rocket launchers.

Early last week, Russia has deployed 40,000 troops to the border between Crimea and Ukraine, and another 30,000 troops on its border with Latvia and the other Baltic nations.  Yesterday morning, Russia called a snap military drill — for about two-thirds of their entire country!  Massive troop readiness activities are still taking place in those Russian military districts as shown on the map below. 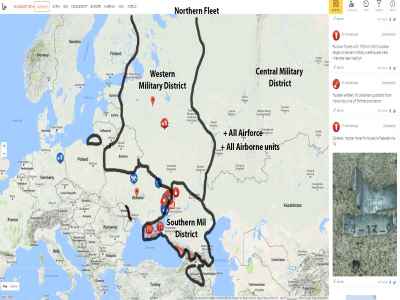 Eight hours ago, in Germany, two full trainloads of US Army  M1A2 Abrams Tanks were being loaded onto TWO trains in Grafenwohr, Germany, being sent to a destination unknown.  Clearly, moving this type of heavy armor is not something anyone does for fun.  The trains – shown below – departed Grafenwohr heading east and southeast. 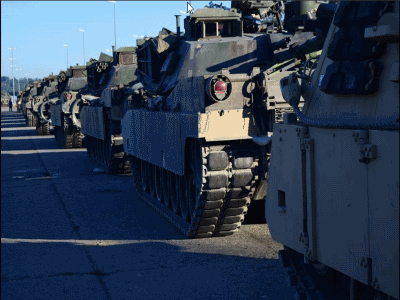 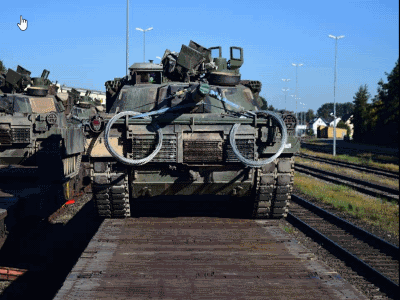 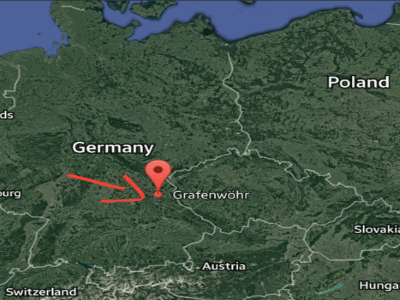 In the middle east, Turkey just committed an illegal act of aggression by sending tanks and troops across its border into Syria – despite being told months ago by the syrian government "any foreign troops entering Syria without permission of the Syrian government WILL BE ATTACKED."  As many of you may be aware, Syria is an ally of Russia and the two countries are working together to stop US-backed rebels from overthrowing Syrian President Bashar Assad.  Whether the Russians and Syrians will actually attack the Turks entering Syria remains to be seen, but yesterday, Russia asked Iraq to close its northern airports due to an upcoming "large Russian military operation in Syria."  Ominous!

In the far east, China is making large naval moves to arm and expand islands in the South China Sea which are more than 800 miles from the Chinese coast, even though the World Court at the Hague has ruled that China has no historical or legal claim to any islands in that region.

Also in the far east, China has flatly warned Japan to not take part in the "U.S.-backed freedom of Navigation maneuvers in the South China Sea, or face Chinese Military action!"  An actualdirect threat!

Last, but certainly not least in the far east, North Korea again threatened "pre-emptive nuclear attack" upon South Korea (and the USA) over military drills being conducted between South Korea and the US.

The only people who are NOT being told about all of this are the American People; who are being left blissfully unaware that the world is rapidly approaching all-out war — and much of it is being caused by the actions of the Obama administration in Ukraine, in Syria, in South Korea, and in the South China Sea.  It's almost as though the US federal government is actually TRYING to start World War 3.  If they succeed, we'll all be lucky to live through it.

SuperStation95 urges Americans to stockpile food and water, especially long-term items like canned meats, canned vegetables, large bags of rice, bags of beans, flour, grains, powdered milk.  We also urge Americans to arm yourselves and make certain to have ammunition.  Naturally, having some emergency supplies like flashlights, portable radios, spare batteries, an electric generator with spare fuel and a First Aid Kit is also a good idea.  Most of all, pay attention to what's taking place; your life could depend on it. 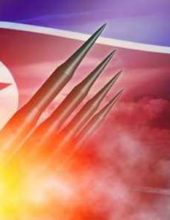